How to set up an Apple HomeKit Hub

For Apple Home access you'll need an Apple TV, HomePod or an iPad 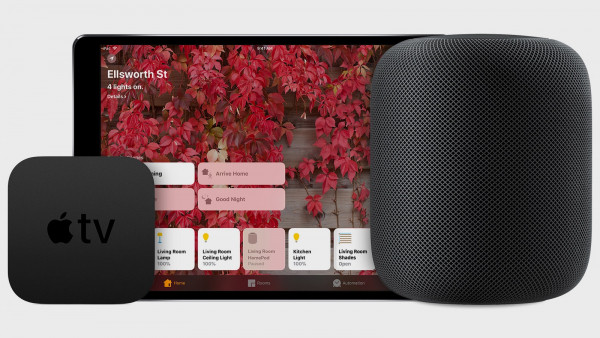 If you're at home, controlling your HomeKit enabled smart tech, then you'll have no problems at all doing it from within your Home app on your iPhone or your iPad.

However, if you want to turn your lights on and off, check your air quality, activate your security alarm or have remote access to some of Apple's more advanced smart home features when you're not at home, such as HomeKit Secure Video, then you'll need to setup a HomeKit smart home hub to run the show.

But the good news is you don't need to buy a new device. Your HomePod, HomePod Mini, Apple TV 4K, Apple TV (4th-generation or newer), or iPad will do the job of acting as the central point for your HomeKit setup.

Why you should use Apple TV for HomeKit

Before the HomePod came along, HomeKit hub dibs was a straight shoot-out between an Apple TV and an iPad, and the former obviously held the trump cards as it won't run out of battery. The HomePod also has that advantage over its iOS brethren.

And that's a biggie because the whole reason for using an Apple Home hub is you have a device that's constantly on and always able to send signals around your house - whether those signals be Wi-Fi or Bluetooth.

As long as your iPhone has a data connection, when you send an action through the Home app, your hub will be able to pick it up over the internet and carry out your instructions in your house.

When using Bluetooth, be aware that your devices will need to be close to your Hub. However, multiple devices can be used as hubs so, if you've got an Apple TV in the bedroom and a HomePod in the living room - that's a good thing.

Having a HomeKit hub set up also lets you automate actions based on your locations. As long as your iPhone is running iOS 11 or later (and it really should be), your HomeKit hub will carry out automations you've drawn up that are dependent on you being home or away.

Just make sure that you (and other users in your Home group) have location services switched on.

Setting up your HomeKit Hub

1. On your iOS device enable two-factor authentication for your Apple ID. Also, go to the iCloud settings menu and check keychain access is enabled.

3. iCloud should do the rest but you can go to 'Settings' > 'Accounts' > i'Cloud' to check if HomeKit is connected. You can also check the status of your Home hubs by tapping in the right-hand corner of the Apple Home app screen.

Using the new 2021 Apple TV 4K as a HomeKit hub is a wise choice as it packs in a Thread radio; the first Apple TV model to do so.

Like the Apple TV option, a HomePod makes a lot of sense to use as it's likely to be static in your home, and powered up all of the time.

Like Apple TV, HomeKit setup on the HomePod is an automatic affair - just makes sure you've enabled two-factor authentication for your Apple ID, approved keychain access and signed into the same iCloud account.

The HomePod Mini is actually a better smart home hub than its bigger brother as it boasts a Thread radio. Read our explainer on Thread to find out more about that.

Ensure you're signed into your iPad using the same iCloud account as the rest of your iOS devices.

Go to Settings, tap on Home and select Use this iPad as a Home Hub.

Open the Home app and tap in the upper-left corner. Then look under Home Hubs to see if it's connected. If you have multiple ones set up, the primary hub will show as connected. Others will show 'Standby' as their status and will take over remote access if the main one is disconnected.