How to set up Apple HomePod stereo and multi-room modes 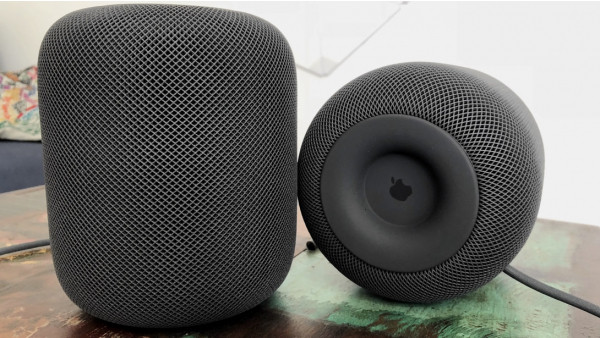 A big part of the new HomePod Mini 2 launch was Apple reinforcing its credentials as a multi-room audio specialist to take on Sonos and co.

Apple launched its multi-room audio assault back in May 2018 when it released iOS 11.4 into the wild.

That's because the iPhone / iPad - along with some the HomePod 11.4 software - brought AirPlay 2 to the masses after a long wait.

Fast forward a couple of years and a multi-room speaker setup consisting of HomePods, HomePod Minis and other AirPlay 2 speakers has never been easier, nor more affordable, to set up.

AirPlay 2 not only allows for songs to transfer between rooms, it lets you play them in all rooms at the same time on any iOS device, Apple TV or HomePod - and it can all be powered by Siri as well.

And, if you've got a pair of HomePods in the same room, it's also possible to create a left / right stereo speaker setup - although be aware that you can only create dedicated stereo pairs of HomePods or HomePod Minis; you can't have one of each in a pair.

How to create a stereo HomePod pair

Music purists will tell you to ignore boasts of 360-degree sound and the like - for the ultimate music experience you need a proper stereo setup, with a left and right pair delivering the sounds artists (well, their producers) intended.

The good news, with a couple of HomePods, or HomePod Minis, is that you won't need to be faffing around with speaker wire - AirPlay 2 takes care of everything wirelessly.

That's it - you're all set, you've successfully created a pair of stereo speakers. The pair will essentially be treated as one HomePod speaker, so any music you ask Siri to play, or select on your iPhone's Control Center, will play through both in stereo mode.

You can't just play through one while they are paired, but you can unpair them by tapping the 'Ungroup accessory' option within the Home app.

How to set up HomePod multi-room speakers

You don't actually have to set up anything to make the most of the multi-room skills that AirPlay 2 brought to the HomePod 2 party.

Once you've successfully set up a HomePod speaker, and it's showing up in your Home app you can simply ask Siri to play music from a certain speaker (or room). Simply say something like, "Hey Siri - play The Bluetones in the kitchen," or "Hey Siri, play my 80s playlist in the dining room and the bedroom" and you'll be away.

You can even get super complex with Siri, setting up different songs in different rooms - at different volume levels. Something along the lines of, "Hey Siri, play Frightened Rabbit in the kitchen at 70% and my sad songs playlist in the office at 30%," will not cause Apple's digital assistant any bother.

You can, of course, group speakers and control playback using the AirPlay button on Apple Music or Control Center too - check out our guide to controlling your Apple HomePod using your iPhone for more details.

Be aware though, although HomePods grouped together in a multi-room setup are pretty seamless and you won't notice any latency or lag, the same can't be said for adding non-Apple devices into an AirPlay group.

It's not too bad, but it's definitely not perfectly in sync either.