How to set up and use Google Chromecast with an iPhone

iOS users can get in on the casting too 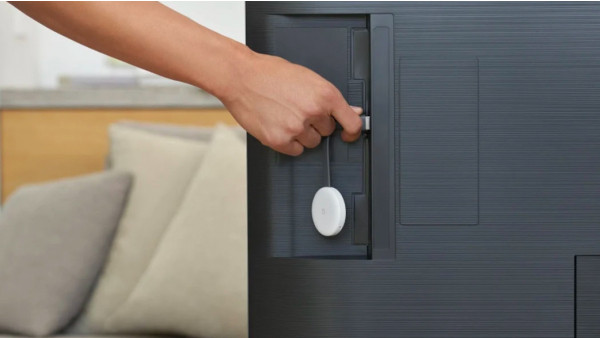 Google Chromecast is one of the simplest ways to stream videos and music from your phone to your TV, and iOS users don't have to be left out in the cold. In fact, Chromecast offers a cheap yet decent Apple TV alternative for iPhone owners.

Sure, you might not get all of the advanced features of Apple's streaming box, or the games, but a $35 Chromecast dongle is considerably less than the cheapest Apple TV, which currently sells for $149.

Using Chromecast with the iPhone is a cinch. To set it up, here's what you need to do:

1. Make sure the Chromecast is connected to a HDMI port and plugged into the mains. Also, make sure your TV is on and turned to the correct HDMI input.
2. If you haven't already, download the Google Home app on iPhone.
3. On the top of the homescreen, tap Add to add a new device.
4. Tap Set up device, then on the next page hit Set up new devices.
5. Once you've selected the home you're adding your Chromecast too, it will search for your dongle. You should then see the Chromecast appear with the corresponding number on the TV. Tap it to add, then follow the walkthrough procedure.

How to cast to Chromecast with an iPhone

Ok, so you've got Chromecast set up - congratulations. But how is controlling it with an iPhone different to using an Android device? These days iOS users can do most of the things Android fans can, though there are a few features that remain exclusive to the Google crew.

Android users can cast their entire smartphone screen, for example, while iPhone users are limited to select apps. That's because Apple's permissions are different, which does restrict iPhone users a bit more with Chromecast, but iOS users can still take advantage of casting on the same major apps that have casting abilities built in.

To do so, you'll just need to open the app and look for the cast icon - the little TV with the Wi-Fi signal in the corner.. Remember, unlike Fire TV, Chromecast doesn't have a UI or even a remote; everything is sent from your smartphone or tablet. In the iOS YouTube app you'll see it at the top. In Spotify, you'll find it under your available devices, which you'll find under the player.

Top tip: Once you're casting to the TV you can leave the app and the stream will continue uninterrupted.

If you're a Google Photos user, you can also use the app on iOS to cast to your TV. Just open it up and tap the cast icon, which appears to the right of the search bar at the top of the screen, then simply tap on the photos you want to show.