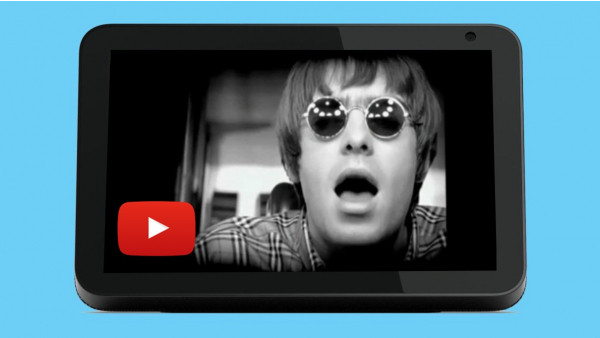 Watching YouTube on an Echo Show still requires a workaround, with Amazon still not able to offer an official skill through its ecosystem. The good news is that it may be coming. Amazon and Google have made up, and the YouTube app is back on Fire TV; but as of right now it's not available on Echo Show speakers.

So in terms of smart displays., support for the video streaming platform is exclusive to parent company Google. However, just because it's not as easy, doesn't mean you can't do it. With the web browsing capabilities that landed with the Amazon Echo Show second generation, integration just requires an extra layer. There's choice, too, with both Firefox and Silk coming preinstalled as browsers on your Show.

For now, this is the only way you can watch YouTube on Echo Show.

The first thing youŌĆÖre going to need to do is identify is whether you have a first generation Echo Show ŌĆō which shouldnŌĆÖt be hard because it looks like a kitchen TV out of the 70s ŌĆō or a newer Echo Show second generation or Echo Show 5 or Show 8.

If you have one of the newer Echo Show speakers, thatŌĆÖs great - skip ahead to the next section. If you have an old Echo Show, youŌĆÖre going to have to make sure your Show is updated to the latest software.

Your Echo Show will update itself, and then youŌĆÖll be good to go on using YouTube on an Echo Show.

You'll have two ways to watch YouTube on the Echo Show. The first way is with Amazon's own Silk browser.

All youŌĆÖre going to have to do is say, ŌĆ£Alexa, open SilkŌĆØ. The web browser will pop to life. If you just open Silk, youŌĆÖll be greeted to a screen with some bookmarks, and would you look at that it just so happens that YouTube dot com is the first bookmark.

Actually using YouTube is pretty simple. It works just as it does on any other mobile web browser. You can even sign into your account and get all your subscriptions and playlists ready to go.

The second way is through Firefox, which also comes installed with Echo Show (and its corresponding software update).

To launch it, all you have to do is say, "Alexa, open Firefox" or ŌĆō even more conveniently ŌĆō "Alexa, open YouTube". If you say the latter, Firefox will open up into YouTube. Simple and easy.

The first time you open the web browser ŌĆō either of them ŌĆō you'll be asked to choose your default. There is one major difference if you opt for Firefox over Silk. If you use Firefox, you'll also be able to use it for YouTube TV, as Firefox is one of the few browsers that supports YouTube TV outside of Chrome.

The one big downside here is you canŌĆÖt command YouTube with Alexa. YouŌĆÖre going to have to actually use your finger and tap, swipe and type your way through. ItŌĆÖs certainly annoying, and itŌĆÖs definitely not what the Echo Show is built for, but desperate times call for desperate measures.

You can ask things like, "Alexa, play Oasis on YouTube" or "Alexa, play Wonderwall on YouTube" but Amazon's digital assistant will simply do a web search based on that command. The good news there, obviously, is that you will get a decent results page from YouTube to tap the video you want from.