Iota gets the update first, Gen 1 and 2 systems coming soon 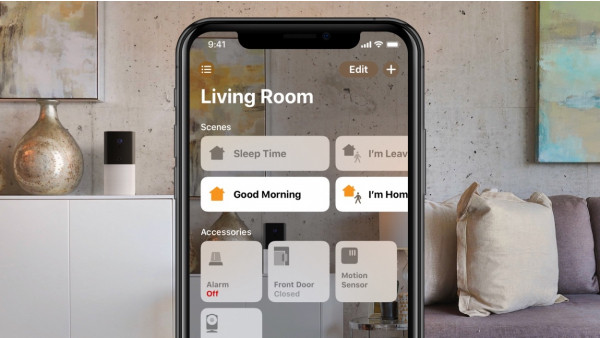 Apple continues its banner year of smart home product announcements with the news that Adobe will be the first HomeKit compatible DIY smart home security system.

Abode has teased HomeKit compatibility since early 2019, so it's been a long time coming. However - just like London buses - now that one security system is compatible, we can expect to see plenty more to follow quickly behind.

Iota, AbodeŌĆÖs newest security system, is an all-in-one smart home hub (it has an HD camera and motion sensor built in compared to the Gateway that is just a hub). It's compatible with all Abode's security devices - including stand alone cameras, motion sensors, leak detectors and door and window sensors.

With the addition of HomeKit, you can now add the Iota system directly to Apple's Home app on an iPhone or iPad - and control the system all through that single app. Compatible Abode sensors will show up in the app, and you can arm or disarm the system either with the the app and using HomeKit automations and scenes.

A live stream of Iota's camera and notifications of motion events and open or close events from Abode's sensor will also show up in the Home app. Plus, you can use voice control through Siri to ask for the status of the system, and arm and disarm it.

Having Abode's sensors available through the Home app also means you can use them to automate any other connected HomeKit devices - such as lights, locks and thermostats. Set a motion sensor to trigger your living room lights to turn on or a door sensor to activate your thermostat.

At launch, it's only Iota's built-in camera, the motion sensors (including the motion sensor in the new Keypad 2) and the door/window sensors that work with HomeKit, which means you can't use any of the Z-Wave or Zigbee devices you may have connected to the hub in the Home app. But the company says this is just a starting point and it will continue to add to the list.

HomeKit is available to all Iota users today, 21 November, through a software update.