Abode's Outdoor Smart Camera doubles up as a video doorbell

Hardwire it or plug it in, this modular cam is multi-functional 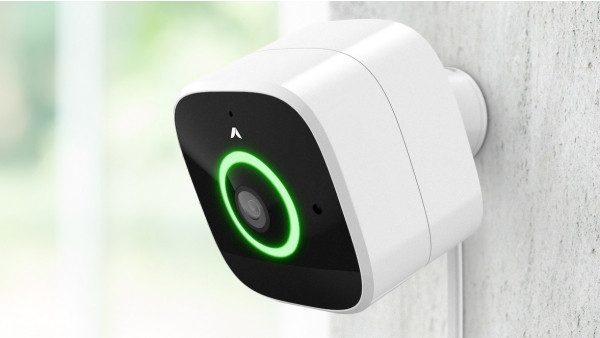 2020 has been a heck of a busy year for smart home security specialist Abode... and things don't look as if they are slowing down as the Abode Outdoor Smart Camera is now available.

Following the transatlantic launch of its smart security alarm system and being one of the newest arrivals at the Alexa Guard party, the new Outdoor Smart Camera can be pre-ordered now, with shipping expected in mid-November.

Complete with facial recognition, 24/7 video recording, two-way talk, the $199 smart security camera is a modular, wired video camera with a variety of mounting options, including hardwiring it to your homeŌĆÖs doorbell wiring to act as a video doorbell.

While thereŌĆÖs currently no button to press, with built-in facial recognition software, Abode believes the smarts in its Smart Camera make it a viable solution for the front door, even without a button - especially given it can make wired door chimes ring when motion is sensed.

ŌĆ£We think facial recognition removes the need for a button for the homeowner. It does what a doorbell does, alerts you to someone at your door,ŌĆØ Scott Beck of Abode told The Ambient back in January at CES.

ŌĆ£For the visitor expecting a button it will still be a bit of a hurdle, but we think weŌĆÖve solved that as the camera has a blue LED light that illuminates to indicate to the person theyŌĆÖve been seen.ŌĆØ

The Abode Outdoor Smart Camera can also be mounted on a wall inside the home or out, either flat or using a magnetic ball mount for more flexibility.

The design gives you the flexible mounting options, but is also less obtrusive than any other indoor/outdoor camera on the market today. It can be hardwired to your home or plug it in to a nearby outlet, the cable is rated for outdoor use.

In addition to facial recognition software, the Smart Camera has a PIR motion sensor, an IR LED for low-light vision and a built-in microphone and speaker for two-way communication. Its wide-angle lens captures HD 1080p video across a 152 degree field of view, and it has an IP65 weather-resistance rating.

While there's no need for an Abode hub to use the cam - it's designed to operate as a standalone device - you can also integrate it with Gateway-powered Abode security systems and use it to trigger smart home and security scenes as well as controlling your smart locks, lights, and other connected smart home devices.

The camera is both Alexa and Google Assistant compatible - so you can stream footage direct to a smart display, although HomeKit Secure Video certification is still in the works.

As mentioned, pre-orders are open now over at goabode.com and shipping will start on 16 November. The normal price is $199 but Abode is opening up with an early bird $159 price-tag during the pre-order period.