Smart security specialist teams up with Kings Technologies for launch 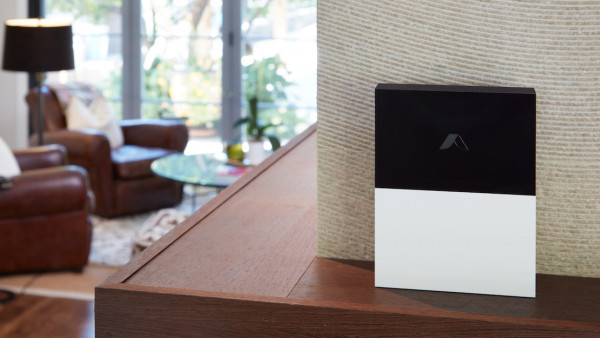 Abode is officially going live in the UK. Pre-orders started last month and now we've got confirmation that units are now shipping; both for people who pre-ordered and anyone who orders now.

The smart security system - which we awarded a Top Pick badge when we reviewed it in the US, last year - comes in at ┬Ż299.99 for a starter pack, which includes the 2nd-gen Abode Essentials Gateway, a pair of door/window sensors, a motion sensor and a keyfob.

There's also a ┬Ż418.99 kit that adds a smart security camera to the mix and you can also buy additional accessories from the newly launched UK storefront.

Abode actually has two versions of its security system, the Essentials Gateway and the Iota, which has a camera and motion sensor built in. It's the former that is going live in the UK, for launch.

If features 4G, Z-wave, Zigbee, six-hour battery backup and a microSD card. Doubling up as a top smart home hub, it also features a 93dB siren and the ability to control up to 160 smart devices.

It plays nicely with the likes of Nest, Philips Hue, Yale Ecobee and Lifx and is also compatible with HomeKit, Alexa or the Google Assistant. You create automations that complement activating or deactivating your security system; lights on/off, doors locking/unlocking, cameras firing up and the like.

Abode has also announced a partnership with Kings Technologies if you want more than a DIY smart security system setup. Plans range from ┬Ż3 to ┬Ż14.99 per month, depending on the level of remote cover that you require.

Set up in 2014 by a former ADT exec, Abode has the usual array of smart sensors, cameras, alarms, fobs and so on - but its the integration with the smart home as a whole that really sets it apart.

Orders for Adobe kit in the UK are now open.