ADT sues Ring over use of blue octagon design 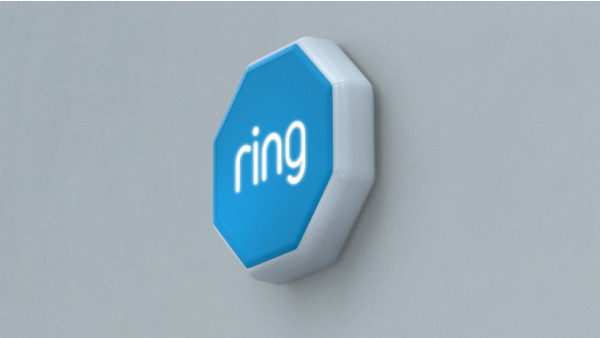 Security specialist ADT is taking legal action against Ring, over the use of a blue octagon design that the Amazon-owned company has used with its new Outdoor Siren.

The Ring Outdoor Siren was unveiled back in March, alongside the new Ring Smart Plug and Ring Wall Light Solar.

It's a siren that works in tandem with Ring's smart security system, featuring a white LED night light, red flashing lights for when an alert is in progress, Dusk to Dawn mode, and multiple power supply options.

But it's the design that has got ADT all worked up.

"The complaint asserts Ring adopted a blue octagon mark that is virtually indistinguishable from ADTŌĆÖs iconic blue octagon mark, which is protected under numerous federal trademark registrations," reads a statement from ADT.

"ADTŌĆÖs blue octagon is iconic in the security market, proudly displayed on lawn signs and stickers at the homes and businesses of ADTŌĆÖs more than 6.5 million customers across the United States. Following an attempt to imitate ADTŌĆÖs lawn signs, Ring went further and blatantly assimilated ADTŌĆÖs logo into its Ring Alarm Outdoor Siren", states the complaint.

The complaint alleges that Ring is attempting "to reap the benefit of the goodwill associated with ADTŌĆÖs brand and reputation," and adds that "this type of confusion seriously undermines the goodwill that ADT has cultivated in its Famous Blue Octagon and irreparably harms ADT."

This isn't the first legal wrangle between the rival home security system brands.

Back in 2017, ADT complained that Ring had obtained "an unauthorized copy of a software platform, related trade secrets, and other assets that ADT had spent two years and millions of dollars developing,"

ADT succeeded in prohibiting Ring from using the "stolen platform" before Ring eventually settled with ADT.