Amazon has a lot to answer for 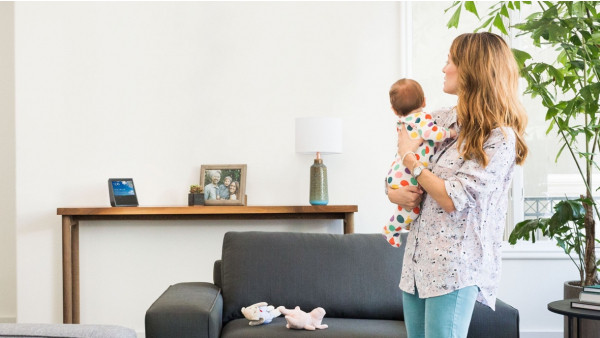 Would a smart speaker by any other name sound as sweet? Since the Amazon Echo, and its voice assistant, launched in 2014, fewer and fewer people in the US have named their baby girls Alexa.

And according to the analysis of Social Security Administration data from University of Maryland's Philip Cohen, it's a serious drop off. There was a 21.3% drop in 2016 followed by a 19.5% drop in 2017.

Those stats mean that while 6,050 babies were named Alexa in 2015, only 3,883 babies took the name last year. And we really do feel for these cohorts.

To put that in perspective, Cohen also looked at the popularity of the name Donald in the US - this saw a more modest 4.3% year-on-year drop in 2017.

The Alexa as a name problem is twofold: first, you don't want to have the bother of your family triggering an Alexa device when you just want to get your child's attention. That's something we heard about in our smart home spats feature - families with children named Alex and Alix also had the same issue.

Secondly, you won't want your special snowflake being associated with a subservient AI that's finding its way into millions of homes. Worse still - it's not even top of the voice assistant class.

The first problem can be solved by changing the wake word on an Alexa device to 'Echo', 'Amazon' or 'Computer'. Google is expected to launch custom wake words - it didn't at I/O - and due to the tit for tat race on features, Amazon could also expand this in future despite the fact that Alexa is a strong brand that for many people is shorthand for the whole smart home. The second problem? Beats us.