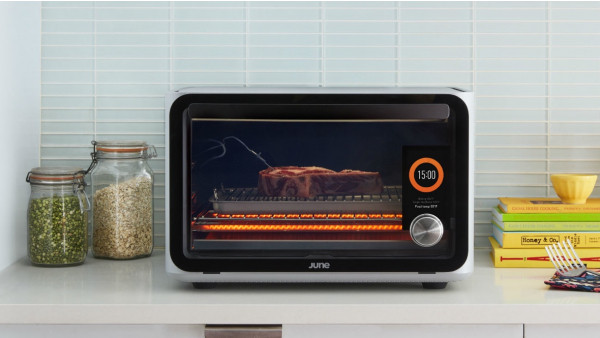 Asking voice assistants to read out recipes in the kitchen is already an instant classic - it's not a perfect experience yet but there's a lot to like about hands free controls when you're cooking.

Amazon knows what we really want, though - our appliances to do the cooking for us. With the new cooking capabilities for its Alexa Smart Home Skill API, Amazon is edging towards this.

You'll soon be able to control connected microwaves with your voice, saying things like "Alexa, defrost three pounds of chicken" and "Alexa, microwave for 50 seconds on high". The idea is that once you've got the food on the mic plate, you don't then need to press a load of buttons.

The connected microwaves will join the 'Works with Amazon Alexa' program so you'll still need an Echo. The functionality is US only for now - annoying - but Amazon says cooking capabilities will be rolling out to other countries soon.

Whirlpool looks to be the first company to get on these Alexa cooking controls - its Alexa skill for its connected microwaves is launching "soon". Features will include setting cook times, power levels and modes. It might sound ridiculous at first glance but to be fair, microwave interfaces can be a pain depending on the model.

Oven controls are also on the agenda, though, with Samsung, LG, GE Appliances and Kenwood all signed up to add Alexa controls to ovens and "more appliances" (that fall under cooking) in the future too.

Amazon itself just announced it's an investor in June Life, makers of a $1,500 smart countertop convection oven so expect early experiments from this smart cooking startup alongside the bigger names. The June Oven, which also has a built-in camera that can recognise some foods, already has an Alexa skill that lets you preheat the oven, set temperatures, set and check timers and turn it off.

Best streaming sticks, boxes & devices 2019: Get a smart TV on a budget

Buying guide: Who do you trust with your TV?

The best robot lawn mower 2020: Smarten up your garden the easy way