The week in smart home: Alexa could one day eavesdrop on all your conversations 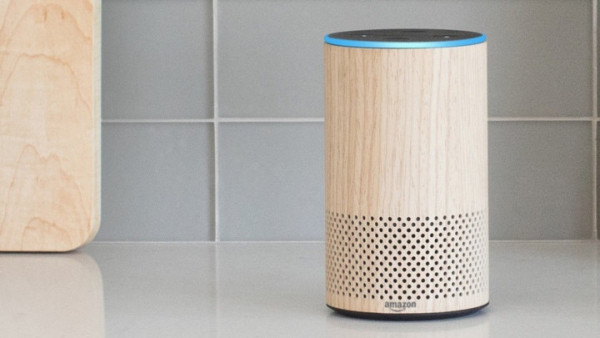 As usual we've got smart home news from the big three - Amazon, Google and Apple - this week but the first tidbit isn't a new skill or integration but a worrying new patent. Elsewhere, it's business as usual as the three main smart home ecosystems duke it out, trying to match every single feature, compatible service and ... knock knock joke?

Read on for the smart home news you might have missed this week.

With all the Facebook business about, it wasn't a great week for Amazon's latest patent to come out. Even though the makers of Echo speakers are categorical about the fact that Alexa currently does not record your conversations unless you say the wake word first, the patent (filed in June 2017) shows that in future it would very much like to.

Amazon is interested in building up its profile on you via this extra feature. That means listening in for trigger words and analysing your conversations to pull together your likes and dislikes in order to present you with relevant suggestions including products. This would take the form of an interrupting recommendation - potentially useful, also potentially irritating. It even has a term - voice sniffing. Eww.

There's no indication whether this type of feature - which could be years off if it even launches - would be opt out for millions of Alexa users. But it could also push more smart home fans into the arms of Apple which says it anonymises and encrypts all Siri's voice recordings from the more expensive HomePod. Remember, Echo speakers are cheap and Amazon has a business model to tend to.

ALEXA COMMAND OF THE WEEK

Google Assistant just got another music streaming service - Deezer+, its premium service. The service had around 12 million users at the end of 2017 - nine million of those paying - so that's a sizeable number of people who might want to get some voice controls going.

Deezer already ties in to Amazon Alexa so this is another case of Google getting its house in order to make sure Assistant can talk to everything Alexa can. Google Assistant and Deezer will recognise 74 genres and 18 different moods so you don't always need to have an artist or track to request.

GOOGLE ASSISTANT COMMAND OF THE WEEK

Apple Airplay 2 for HomePod is incoming

Apple's put out the public beta of iOS 11.4 and there's an option to create an Audio Pair between a HomePod and an Apple TV, as spotted by CNET. There's nothing on connecting multiple HomePod speakers yet for stereo and/or multi-room audio but it's still promising news if you've been waiting patiently.

Also in Apple home news, Macrumours reports that Siri has learned a bunch of new jokes across Apple's platforms. Alexa Easter Eggs and Google Assistant Easter Eggs are both really popular so it makes sense that Apple wants to show off its AI's personality a bit.

SIRI COMMAND OF THE WEEK

Now, when you say "Siri, tell me a joke" you'll get fresh comic material and you'll be less likely to hear repeats. Cupertino has apparently been doing some serious work on knock knock jokes - we wonder if Siri can reach Winnie the Pooh levels of superemity in this arena.

Deals of the week

UK: Spring deals on Alexa bundles - 15% off when you buy two products