Big Mouth Billy Bass is now an outlet for Alexa 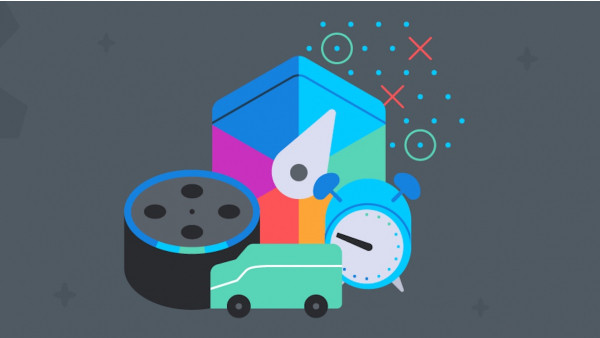 Last year, Amazon announced its first Alexa Gadget: The Echo Button. It connected to your Echo device via Bluetooth and let you play games. Amazon doesn't just want itself to make Alexa Gadgets though.

Read this: The best Alexa-enabled devices

Alexa Gadgets are a little more fun. It allows Alexa to live in a more physical way. For instance, as Alexa talks you can have your Big Mouth Billy Bass lip sync for Alexa, so that it feels like Alexa has commandeered its body (yes, it won't just be a hack anymore). There are seven different ways Alexa Gadgets can interact with Alexa.

Wake word syncs an action to when Alexa hears you say "Alexa." So if you say "Alexa" your cuckoo clock could pop out every time to let you know that it heard you. Speech syncs movement to Alexa's speech, like the Big Mouth Billy Bass situation. Notifications give you a physical way to see notifications, like a flag raising once you get one.

Timers are what they sound like. If you have an outdoor Alexa Gadget gong, for example, it'll go off when your Alexa timer is done. Alarms are similar, letting you activate a switch to do things like release dog food when your alarm is up.

Reminders can do things like activate lights on an Alexa Gadget pill box to tell you that it's time to take your pills. And finally, there's music. This one is coming soon, but it'll let you create visual experiences to accompany your Amazon Music choices. Like, for example, having a Hula Girl toy sway her hips to some Taylor Swift.

Alexa Gadgets are just another way for Amazon to be the hub of your home, and this time the emphasis is less on controlling your device and instead on empowering more specific home automation.