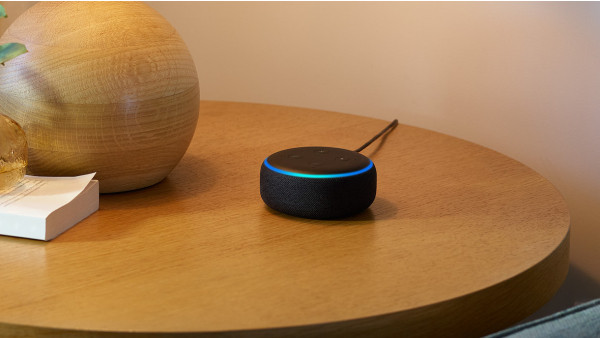 One of Alexa's best features is its Flash Briefings, where it'll run through the news of the day to get you updated and ready to go. You may have noticed, however, that Alexa sometimes feels a bit, er, robotic when it delivers the news.

Amazon has now fixed that. The company has upgraded its text-to-speech technology into something called Neural Text-to-Speech, which delivers a more natural-sounding Alexa based on the context of your request.

Read this: The 80 best Alexa commands

Essentially, Alexa can recognize what kind of content you want and change its voice to match that. So if you want the news, Alexa will speak like now news anchors speak, emphasizing certain words. Amazon says that it did this by using machine learning to analyze audio from news broadcasts. You can hear the difference below.

Alexa's newscaster voice is much better at giving the news a little bit of life, emphasizing certain syllables and words rather than keeping the same tone throughout. Alexa can also use its new contextual powers for Wikipedia. As it's an encyclopedia, Alexa will take a more neutral stance.

This is only the beginning, too, as Amazon says it only took a couple hours to train Alexa to be able to act like a newscaster. That means it wouldn't be difficult to add other kinds of voices. You can imagine that Alexa could act excited and loud for sports scores, or dramatic or silly for a movie synopsis. It could potentially act like a meteorologist when giving you the weather.

The new voice is available for for users in the US, and there's no word on when it'll roll out to users globally.