You can now boss Alexa around by talking into your iPhone 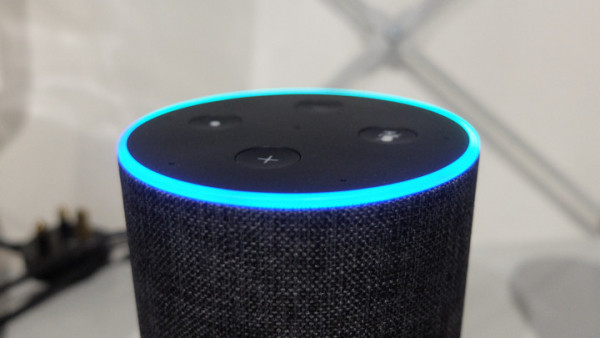 One of the handy things about the Google Assistant is that you can speak to it on both iOS and Android phones. Earlier this year Amazon offered Alexa voice control to Android users too, and now iOS users are getting the same.

To get Alexa working in the app youŌĆÖll need to download the latest update, after which youŌĆÖll see a new Alexa button at the bottom of the screen. Once youŌĆÖve given Alexa permission to access your mic, youŌĆÖll be able to command it just as you would through an Echo device.

Read this: How to use Alexa as your default assistant on Android

Like Google Assistant on iOS, this isnŌĆÖt baked-in, so youŌĆÖll only be able to talk to Alexa through the app itself. And as long as Siri lives in our iPhones, donŌĆÖt expect that to change.

But Alexa on the phone is fully functional, meaning it can control all your smart home devices in the same way, and even call another user through their Alexa app.

Another benefit of having it on your phone, beyond the convenience, is being able to get visual responses to queries. For example you'll see movie showtimes pop up, should you ask what's on nearby. However you'll need to push that Alexa button each time you want to talk to it.

Due to their dominance in the smartphone space, Google and Apple have the advantage of being able to put their assistants in everyone's pockets. Amazon has much less clout here, so updates like iOS voice control are especially important in keeping its Alexa competitive as these assistants become more integrated into our lives.