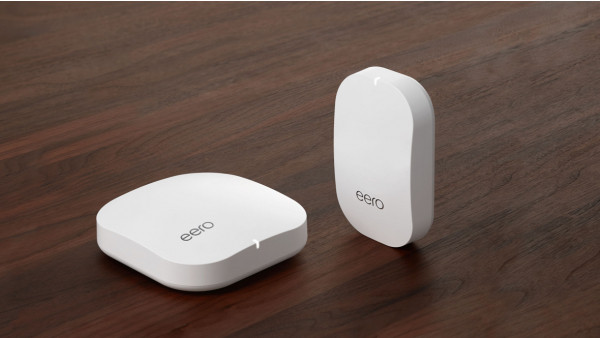 Not only does Amazon want to fill your home with its own smart speakers, TVs, microwaves and doorbells - it now wants to be the glue holding it all together. The giant just announced it's bought home Wi-Fi startup Eero.

Eero was one of the first mesh Wi-Fi companies to blanket homes in connectivity and get rid of annoying dead spots. It's a logical fit for Amazon, and yet another smart home startup to get swallowed by the behemoth which also acquired Ring and Blink.

Read this: The best Alexa devices for your smart home

While Amazon isn't explicitly laying out its intentions with Eero, it's not hard to see how it could benefit the giant's smart home agenda, particularly with its recent push to make its devices easier to get set up and running on your Wi-Fi.

It's not hard to foresee a future where Echo devices themselves act like mesh nodes. The Echo Plus already doubles as a Zigbee hub, after all. And did someone say Echo Router?

ŌĆ£We are incredibly impressed with the Eero team and how quickly they invented a WiFi solution that makes connected devices just work,ŌĆØ said Dave Limp, AmazonŌĆÖs SVP of devices.

This also puts Amazon in direct competition with Google (again), which has its own home mesh Wi-Fi tech. It also raises some questions about Amazon's access to existing Eero user data - and what it will have access to in the future. We've contacted both companies to ask for the specifics.