The voice assistant is expanding into rival territory 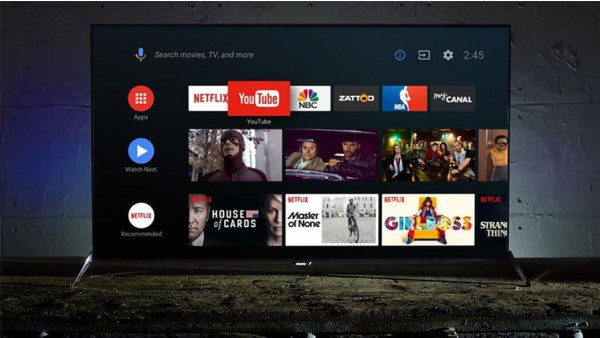 Alexa will soon be able to offer more support to a batch of Android-based Sony smart televisions, with a new app landing from Amazon.

Previously, if you wanted to access Alexa through Android TV, you would need an extra piece of hardware - i.e. something from the Fire TV family.

With the update, however, this built-in support brings the experience closer to what you would get with something like a Fire TV Stick, which means users will be able to view cameras and play music through the new app.

As we say, though, it's not the entire collection of Android TVs that will receive the Alexa support. According to the release notes, it appears to be limited to a select number of Sony models. And, at least initially, that list is just made up of the 2019 models, most 2018 models and some from the 2017 and 2016 collections.

Once you download the app from the Play Store - which you can do here - you'll be able to link your TV to your account and control Alexa-compatible speakers, view your Ring camera or play music through the TV. Simply saying, "Alexa, play my New Music Mix from Apple Music on [TV name]," for example, will do just that, while you can also use the assistant to change channels, switch inputs, control playback and tinker with the volume.

So, if you want to graduate your Alexa TV support on your Android-based TV from just the regular Skill to the new app, it should be rolling out to the above TVs in the next few days. Initially, this appears to be just in the US, but we'll update this story when the rollout hits the UK, Europe and beyond.