Amazon is about to unleash an army of new Alexa devices

Alexa, be in everything 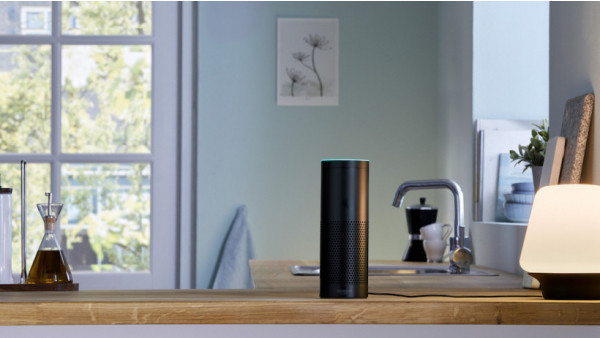 Amazon has worked with third-party manufacturers to put Alexa in a number of devices, including cars, thermostats and light switches. For the most part, it has stuck to building Alexa into smart speakers and its own devices, like Fire TV.

That's changing. CNBC reports that Amazon is planning to release eight new Alexa-powered appliances by the end of the year, and they won't just be different types of smart speakers. They'll be actual appliances.

Read this: The best Alexa-compatible devices

The devices include a microwave, an amplifier, a receiver, an in-car gadget, a subwoofer and more. All of the devices will be Alexa-enabled, which means that you can use Amazon's assistant to control them. However, only some of them will actually have Alexa built into the device, which means they have speakers and far-field microphones that allow you and Alexa to talk to each other.

The new devices are another notch on Amazon's longstanding plan to dominate the smart home, and it's doing so by concentrating on the two places where people spend the most time: at home and in the car. The devices are Amazon's first big jump into the world of home appliances.

It also means Amazon is going up directly against manufacturers that already make Alexa-enabled smart devices. GE has a smart microwave, while Sonos has Alexa-enabled amplifiers and subwoofers. Garmin even has an Alexa-enabled dash cam for the car.

In the long term, making smart appliances can help Amazon expand the reach of its devices. Instead of just selling smart devices to consumers, it can sell appliances like microwaves to home and apartment builders directly. Imagine renting an apartment to find that it already comes with an Alexa-powered microwave. Also, having Alexa accessible pretty much everywhere makes it much more tempting to submerging yourself into Amazon's larger ecosystem.

As for when we can expect these devices, CNBC reports that Amazon is planning an event later this month to show them off.