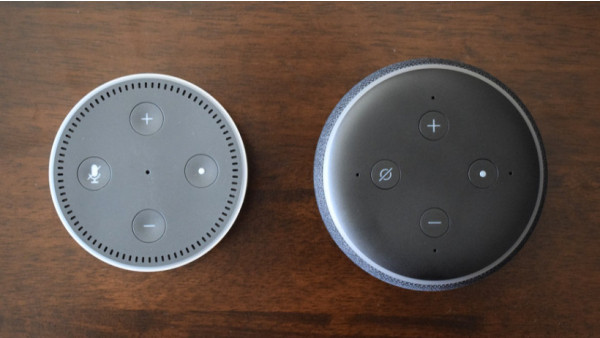 Amazon has considered letting its smart speakers listen to commands before hearing the word "Alexa", according to a patent filed by the company to the US Patent and Trademark Office.

At present, Alexa will only start listening to commands when it hears the wake word, be it "Alexa", "Amazon", "Echo" or "Computer" (depending on what you have it set to). However, the patent, which has just been made public, describes a system whereby Alexa would instead continuously listening out for orders and work backwards, should it hear the wake word.

Read next: How to change Alexa's wake word

So, instead of saying, "Alexa, play some Foals" you could say "Let me listen to the latest Foals album, Alexa". You'd still need to say the wake word to execute the command, but it would make interactions with Alexa smart speakers feel more natural.

In order to store commands said before the wake word, the speaker would need to be continually recording - something that's bound to raise a few eyebrows from privacy-aware users. If this was ever implemented as a feature, it would presumably be optional, and the patent says users could choose to store between 10 to 30 seconds of audio.

But that probably won't appease some users, particularly those concerned by stories that the Amazon employees listening to Alexa recordings may be able to identify users' locations. However, this is just a patent, and there's zero guarantee it will come to fruition.

"The technology in this patent is not in use, and referring to the potential use of patents is highly speculative," an Amazon spokesperson told The Ambient. "Like many companies, we file a number of forward-looking patent applications that explore new scientific ideas that may not make it into customer-facing products. Patents take multiple years to receive and do not necessarily reflect current or near-future state of products and services.ŌĆØ