Amazon's next trick? An Alexa robot that follows you round the house

Echo wants to get around - according to these anonymous reports 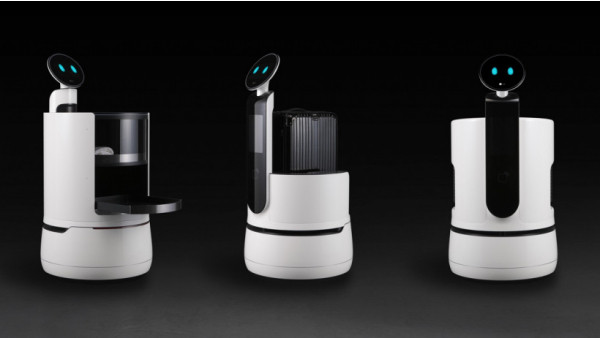 Secret Amazon plans to build a home robot, a kind of Echo that moves around the house, have been revealed and we're excited.

That's not it in the main image, we don't have any pics to go on yet, but Bloomberg has been talking to 'people familiar with' top-secret plans to build a home robot. Codenamed Vesta - the Roman goddess of hearth and home, shout out classics - the project could be launched as soon as early 2019 with test units in Amazon employees' homes this year.

Read this: The smart vacuum cleaner kryptonite in your home

The bot has been referred to as a "mobile Alexa" and although built-in Alexa isn't confirmed, we'd be pretty shocked if this wasn't the whole thrust of the idea of a home robot in the first place. Something you can talk to in rooms where there is no Alexa device already. The home robot will also feature advanced cameras, computer vision to identify objects and the ability to navigate around the house, similar to a self driving car.

No word yet on whether it has a friendly face but Amazon is one of the companies looking to expand the emotional palette of its AI assistant so that could really come to the fore in a product like this.

And it's not part of the Amazon Robotics arm which builds robots for warehouses, this little Alexa bot is said to be under the leadership of Gregg Zehr at Amazon's hardware R&D Lab126. So that's why we're expecting something for homes, not industry, as this is the lab behind Echo smart speakers and Fire tablets etc.

The most popular home robots so far are, of course, robot vacuum cleaners but we're also seeing the rise of robot lawnmowers - as Paul tried out in his garden for his Smart home diary series - as well as more out there concepts like the sock drawer mechanical arm Google showed off at this year's SXSW.

This seems like something different though, more like the cute(ish) assistant bots that we saw from LG at CES in January. Its CLOi robot (pictured) is designed to be used in shopping malls, hotels and airport lounges so it can do things like serve you a beer. Sony has its resurrected Aibo dog, of course, and people like Bosch and Siemens are experimenting with a kitchen assistant named Mykie that can project what's in your fridge and offer up recipe ideas.

As for Amazon, it's all speculation now because even if Lab126 is working on an Alexa robot, we don't know what features will make it to launch and when that will be. What's interesting is firstly how far ahead of Apple this would put Amazon if it launches a home robot in early 2019 (while Apple is still catching up in smart speakers via the HomePod). Secondly, if becomes a success, it would be the first all-purpose, assistant robot to break through after years of gimmicks and demos. So Amazon isn't confirming anything but this could be nothing short, then, than the future of how we interact with machines potentially belonging to the gung-ho mega retailer. You ready?