The company responds to US senator's request for clarity 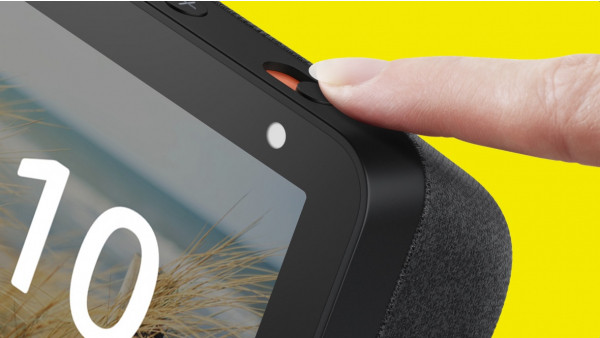 Amazon has confirmed that it keeps data related to Alexa voice recordings indefinitely, unless a user manually chooses to delete them.

The latest development in the company's ongoing grapple with privacy concerns happened after Delaware Democratic senator Chris Coons sent a letter to company CEO Jeff Bezos back in May, off the back of a CNET investigation, in which he requested information regarding the data security practices of Alexa devices.

Read this: How to delete Alexa voice recordings

In a response given on 28 June, Amazon's vice president of public policy, Brian Huseman, sent a letter describing that data is kept forever unless it's manually deleted. This, of course, comes after a report last month suggested the company had been holding some elements of recording data even after they had been deleted.

Why is that important? Well, Huseman also wrote that Amazon had an "ongoing effort to ensure those transcripts do not remain in any of Alexa's other storage systems" after they had been deleted from record - essentially acknowledging the issue. Even if the audio is wiped, Amazon will still, it seems, be keeping some data related to the recording.

Interestingly, Amazon also acknowledged that requests involving transactions - so, ordering an Uber or a Dominos through the smart assistant - could be kept by both the company and the skill developer. The same is true for both reminders and alarms, too.

Huseman defended this particular element of the Alexa privacy, saying: "Customers would not want or expect deletion of the voice recording to delete the underlying data or prevent Alexa from performing the requested task."

However, this doesn't seem to have convinced Coons.

"Amazon's response leaves open the possibility that transcripts of user voice interactions with Alexa are not deleted from all of Amazon's servers, even after a user has deleted a recording of his or her voice," Coons said in a statement. "What's more, the extent to which this data is shared with third parties, and how those third parties use and control that information, is still unclear."

Over 2019, Amazon has been skipping from one privacy battle to another. Initially, it was reported that thousands of Amazon workers were listening to non-anonymized voice recordings for training purposes, before the company unveiled new Alexa privacy commands and a new Echo Dot Kids Edition - right before two lawsuits opened alleging that the company didn't have the proper consent to create digital voiceprints of kids.

Whether it can pump the brakes on growing privacy concerns remains to be seen, though it's likely it'll take more than just a couple of new privacy-related voice commands to do so.