Amazon Day 1 Editions fall short... a bit of a flop for Alexa crowdfunding

Only one of the proposed devices made the grade 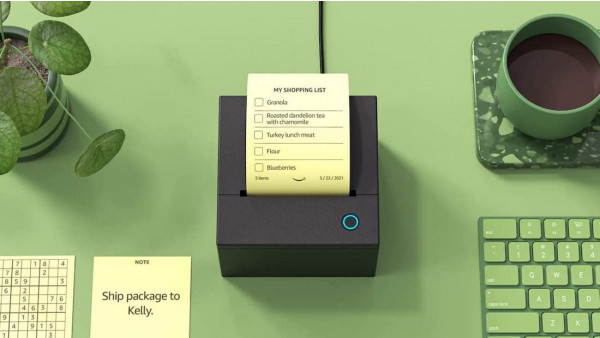 Last month, Amazon's Day 1 Editions program announced that it was branching out to the smart home, with the retail giant wanting people to crowdfund its new connected Alexa devices.

Amazon proposed three new Alexa-powered smart devices and set a 30 day timer for the projects to hit an order goal and thus, get made.

But it's proved to be somewhat of a PR disaster for Amazon, with people only backing one of the projects enough to make it a reality.

Update: Amazon have been in touch and they said that a key part of the programme is that they do not expect all concepts to be built. In giving customers a say to pick their favorites, they say itŌĆÖs working exactly as designed.

That product - a Smart Sticky Note Printer - actually hit its goal on just the third day of the campaign and anyone who backed it will get theirs shipped between July and September.

The other two - a Smart Nutrition Scale, and a Smart Cuckoo Clock - didn't even get close. The Scale hit 61% of the target and the Cuckoo Clock registered just 59% of the orders it needed to make it.

People who pre-ordered those two won't be charged and would have received an email in the past couple of days informing them that was the case.

Our favorite of the three was actually the Smart Cuckoo Clock which, like the Echo Wall Clock, would work with your Alexa timers and reminders.

Linked to an Alexa smart speaker and it would have used its 60 LEDs, mechanical pop-out cuckoo bird, and built-in speakers for timers and alarms.

It looked cute as heck and it's a shame it's not going to get made.

We're not all that fussed about the Smart Scale - it was all a bit meh.

The Smart Sticky Note Printer, which did make the goal, is a thermal printer so you won't need to ever buy ink.

You sync it up with Alexa to ask things like, "Print a reminder to post a mother's day card", "Print my schedule for today", or "Print a sudoku challenge."