A different kind of Echo Input is launching later this December 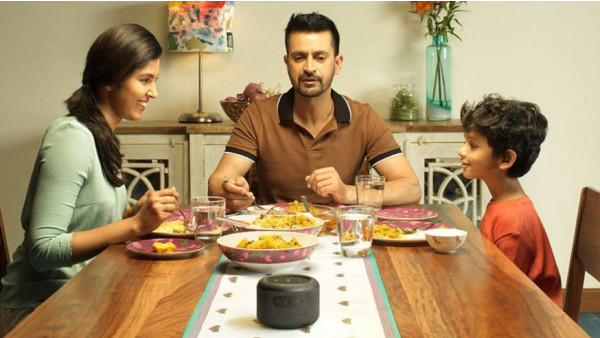 Despite launching scores of Echo speakers over the past few years, we've been made to wait for a follow-up to the unpopular Echo Tap portable smart speaker - until now.

That's after an Amazon listing on its India site showed off an all-new Alexa device - the Echo Input Portable Smart Speaker Edition - with a built-in battery set to launch on 18 December.

If the name sounds familiar, that's because it is. Amazon already launched an Echo Input in other territories, including the US and Europe, though it instead acts as a way to bring the power of Alexa to dumb audio devices - not a portable speaker.

So, what do you get from Amazon's latest foray into portability? Well, the 4,800mAh battery will bring up to 10 hours of continuous music playing or up to 11 hours of stand-by life, the company says.

It's also not too expensive, priced at 5,999 Indian rupees, which converts to around $85. And, naturally, all the usual Alexa features are there, too, including the ability to use Alexa skills and control the rest of your smart home.

The device does have one new design wrinkle - four LED lights appear when a user taps the power button, in order to indicate how much battery is left.

There's no official word on when we can expect an international launch for the Indian version of the Input, but, with the recent arrivals of the Sonos Move and Bose Portable Home Speaker, smart speakers are increasingly going walkabout.

Perhaps, then, the Echo Tap (which was a US-exclusive when it launched back in 2016) came a couple of years too soon, with Amazon now keen to test the market again.

Either way, expect Amazon to bring some kind of variation of this new Echo Input to other countries sooner rather than later. And if you can't wait until then, pre-orders are available now on Amazon India.