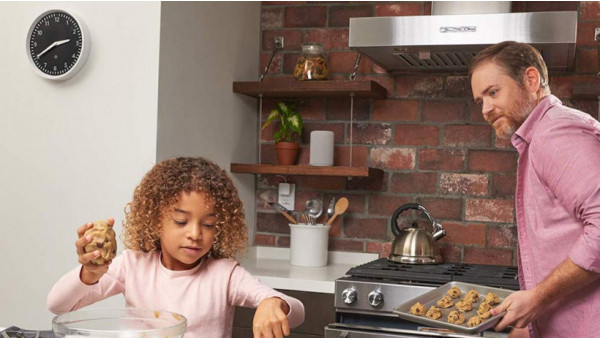 A connected device that can't connect isn't much use to anyone. Unfortunately, back in January Amazon had to stop selling its Echo Wall Clock because of Bluetooth problems.

Those issues are now over, as Amazon has resumed selling the $29.99 Echo Wall Clock. An Amazon spokesperson tells The Ambient that the company released a new software update that improves connectivity and performance, and presumably rids the clock of the aforementioned bug.

Users that have an Echo Wall Clock connected to an Echo device will receive the update automatically, so no need to go fumbling through the Alexa app to update it. When you buy a new Echo Wall Clock, it'll come with all of this sorted out.

The Echo Wall Clock's connectivity issues were causing major headaches for users. One user called it an "ongoing disappointment" for a month, while another claimed to have to repair it over a dozen times since purchase. All of that is history now as Amazon has addressed the issue.

The Echo Wall Clock is the most high profile of a new type of device category called Alexa Gadgets, which are essentially physical representations of Alexa features. The Wall Clock, for instance, gives you a physical view of Alexa timers.