It'll come back in the coming weeks though 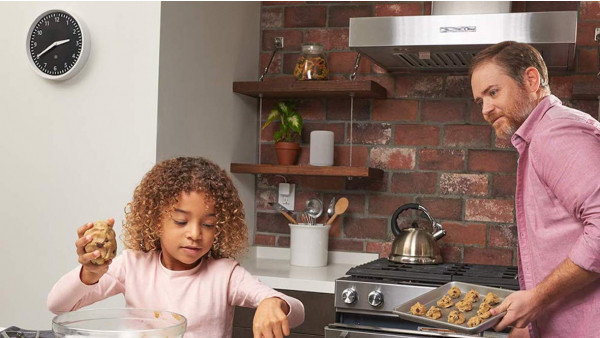 Back at last year's massive Alexa event, one of the many things Amazon announced was the $29.99 Echo Wall Clock. It's an Alexa Gadget that you could use to view Alexa's timers and reminders.

Unfortunately, it's got some connectivity issues. In response, Amazon has stopped selling the Echo Wall Clock as it works on a fix. The company tells The Ambient that "a small number of customers have had issues with connectivity" and that it's "working hard to address this and plan to make Echo Wall Clock available again in the coming weeks".

A connected clock that can't connect is obviously a big issue. User Jon Cellini says that he's had it for a month and that it's been an "ongoing disappointment". It can't stay connected, which means it can't tell accurate time because when it disconnects the time runs askew.

Similarly, user Tomas Krynsky says he's had to repair it and contact tech support about a dozen times over the past three weeks. There are also a number of reviews on Amazon for the Wall Clock that complain about connectivity (24% of its 465 reviews are rated one star).

We've asked Amazon if it plans to institute a replacement program of sorts for existing Echo Wall Clock owners and will update this story when we get a response. It seems likely that - at the very least - Amazon will offer refunds to those who are having issues.