This Christmas, give the gift of a smiling, time-telling wall rodent 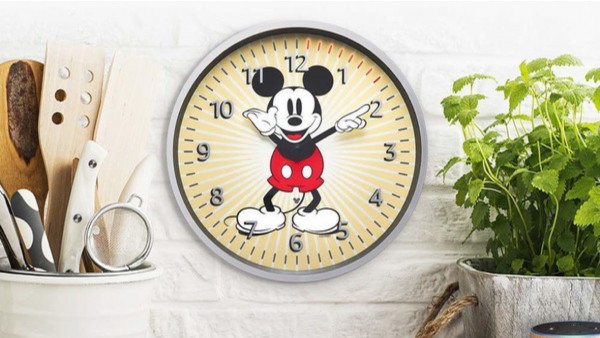 Amazon has a clock, you know. About a year ago, at the start of its quest to make everything within your home habitable by Alexa, it launched the Echo Wall Clock.

Despite some early connectivity issues and it taking a while to launch outside the US, it's a fairly a solid accessory. You can't really give it much more praise than that because, well, it's just a clock, isn't it?

Complete guide: How Alexa works and what it can do

After combining with Citizen to launch a fancier edition of the Wall Clock, though, Amazon has now given us a third version - the Disney Mickey Mouse Edition.

Available just in time for Christmas for $49.99 from Amazon, the device, as you would expect, works very similarly to the original Echo clock.

Aside from having the time readable via a giant Mickey's hands, users will be able to set timers and use the 60 LED ring around the edge to see how long is left.

With no voice assistant built inside, there's unfortunately no opportunity to hear a robotic, bespoke Mickey answer your time-related queries. Or even start commands with "Mickey".

Instead, the clock pairs to your other Echo devices - so it's worth setting this up within earshot of one.

And since one of its few talents is acting as a timer, we'd also suggest having it set up in the kitchen or a kid's bedroom - putting them under the timed pressure of a smiling rodent to, say, finish their homework.

If the Disney version is a bit too intense for your wall, the Citizen spin-off we mentioned is a bit more of a classic look - and available on Amazon for $80.