Remember, you'll need another Echo device to pair with this one 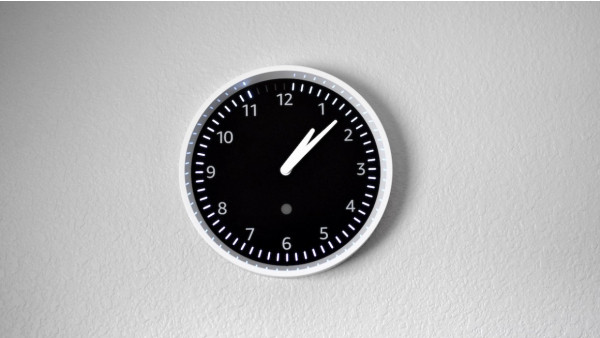 Amazon has finally listed the Echo Wall Clock for sale in the UK, eons after it was first announced at the company's September event in Seattle.

Priced at ┬Ż29.99, the Wall Clock sits more on the niche end of the Amazon's smart home family; essentially acting as a nice companion device for those who already have an Echo. And while those in the US have been enjoying its smarts since January, this is the first territory the clock has expanded to.

Read next: What Alexa is and what it can do

Why do you need another Echo for it to work? Well, the clock's main feature is to help assist your Echo with its time-telling. Around the Wall Clock sits 60 LEDs to help you keep track of alarms and timers, with the time actually syncing through from the Echo device it's paired to.

So, this isn't an Echo device you'll be able to talk to independently - there's no microphone and you'll need to pop in some batteries to make it work.

However, once it is all set up, you'll be able to say things like, "Alexa, set a pizza timer for 15 minutes" and see the LEDs keep track of the progress.

In our extensive review of the Wall Clock, we recommended the device, saying: "The Echo Clock is a niche product. If you use a lot of Alexa timers, this is going to make life a whole lot easier ŌĆō especially if you're in a kitchen and you can't or don't want to ask Alexa how much time is left or open the app. While it doesn't do as well at reminders and alarms and needs more designs, Amazon has something it can expand upon in the future here."

The Echo Wall Clock is available to pre-order now, with shipping, according to Amazon, rolling out on 6 August.