IFA 2019: The new Cube will process some commands locally 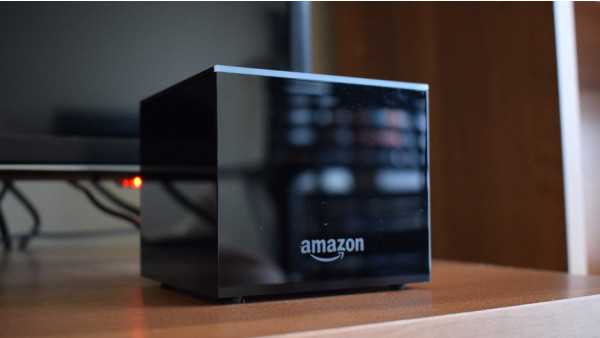 The Amazon Fire TV Cube was unique in blending a TV streaming box with an Echo speaker, putting Alexa front and center of the viewing experience. Amazon is now launching a refreshed model of the Cube for 2019, which looks identical but gets a few upgrades under the hood.

One of the biggest updates is the new six-core processor, which Amazon says will make jumping between apps and zipping through movies and TV shows much faster, and will support 4K and Dolby Vision HDR content up to 60fps.

Read this: The best streaming services

Also helping speed up Alexa's response time is Local Voice Control, a new feature of the 2nd-gen Cube that will process some Alexa requests locally ŌĆō commands like, ŌĆ£Alexa, scroll right" and, ŌĆ£Alexa, go home," which Amazon claims will now be four times faster than before.

Speaking of Alexa, Amazon has tuned experience on the Cube to make it better at hearing requests when the TV is blaring, using beamforming wizardry to suppress sounds and help Alexa hear you over speech coming out of the speakers. One of our criticisms of the first Cube was that voice controls were uneven, so hopefully this fixes that.

Other than these changes, it's the same device with 4K streaming at 60Hz, HDR, HDR10 and Dolby Atmos. It also still comes with an IR extender cable, which can be used for controlling devices the Cube's IR blaster might not reach (AV equipment tucked away in the TV cabinet, for example).

While this marks the second generation of Fire TV Cube for the US, it will be the first to launch in Europe. The new Fire TV Cube will cost $119.99 in the US and ┬Ż109.99 in the UK, and will be available in both countries on 10 October.

Alongside this, Amazon has also announced a range of new Fire TV-branded smart TVs, some of which will be coming to the UK for the first time. There's also a new Fire TV soundbar, which Amazon has built with Anker.