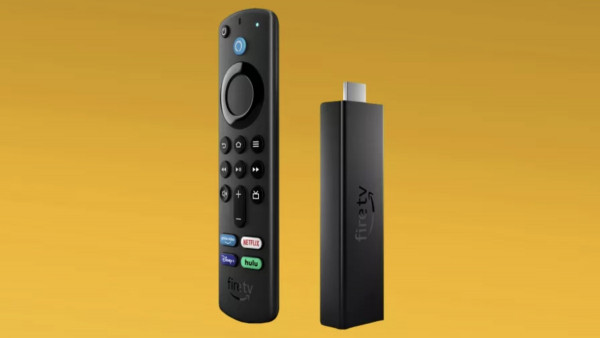 The Ambient is reader-powered. If you click through using links on the site, we may earn an affiliate commission. Learn more
Rhian Drinkwater
@rhian82
Monday

The new Stick 4K Max is 40% more powerful than the mere 4K version, with a new 1.8GHz quad-core processor and 2GB of RAM plus a faster GPU.

Read this: The best streaming sticks

It also adds faster Wi-Fi 6 capabilities which should make for smoother and more reliable streaming across more devices, and support for Dolby Vision, HDR, HDR10+ and Dolby Atmos audio.

The new remote includes buttons to take you directly to favorites such as Disney+ and Netflix, and youŌĆÖll also have improved Alexa command capabilities ŌĆō just say ŌĆ£Alexa, play Love on NetflixŌĆØ to launch that feature within the Netflix app, for instance.

Younger household member will also be pleased to hear that TikTok support will be coming soon to the US and Canada (itŌĆÖs already available in the UK, Germany and France), while those of us more concerned with the house security will enjoy the Live View Picture-in-Picture feature to stream content from a front door camera without pausing the TV.

The hands-free Alexa control on the Omni devices means that you can access Alexa even when the TV is switched off, you can also link them wirelessly to Echo speakers. Both ranges will also soon be adding a smart home dashboard to take control right from your sofa.