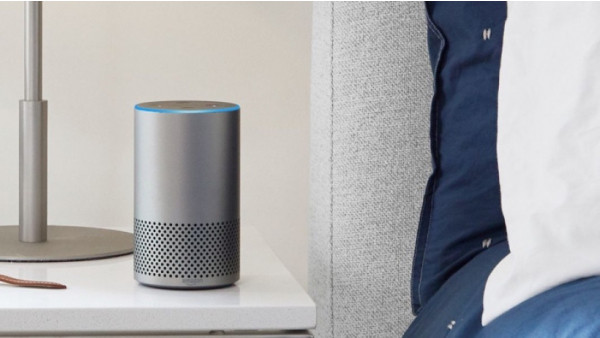 Amazon supplier Foxconn has been accused of employing teenagers and forcing them to work overtime to build Echo smart speakers.

An investigation from China Labor Watch found that Hengyang Foxconn, the factory that supplies Echo devices, illegally recruited a "large number of dispatch workers and interns" and forced many to work overtime and night shifts.

High school students aged 16-18 were hired from a wide range of schools in China to work in the factory building Amazon devices, which included Echo and Echo Dot speakers. Meanwhile teachers pressured these students to work overtime, dangling threats against their graduation and scholarship prospects if they pushed back.

While 16 year-olds are legally able to work in China, labor laws dictate that they should not work overtime or nights. The investigation revealed that Foxconn recruited 1,581 interns as of July 26, who were paid around $1.42 per hour. Teachers received subsidies and schools got a payment of $0.42 for every hour each intern worked, hence the incentive to keep interns working as long as possible.

Foxconn admitted to The Guardian that these students had been employed illegally, and promised to take immediate action to remedy the problem. It said it would increase the number of regular workers and review salaries.

In a statement it added: ŌĆ£There have been instances in the past where lax oversight on the part of the local management team has allowed this to happen and, while the impacted interns were paid the additional wages associated with these shifts, this is not acceptable and we have taken immediate steps to ensure it will not be repeated.ŌĆØ

For Amazon's part, the company told us it's already taking action. ŌĆ£We do not tolerate violations of our Supplier Code of Conduct," a spokesperson told The Ambient. "We regularly assess suppliers, using independent auditors as appropriate, to monitor continued compliance and improvement--if we find violations, we take appropriate steps, including requesting immediate corrective action. We are urgently investigating these allegations and addressing this with Foxconn at the most senior level. Additional teams of specialists arrived on-site this week to investigate, and weŌĆÖve initiated weekly audits of this issue.ŌĆØ