Amazon Music closes in on Apple... Spotify still streets ahead though 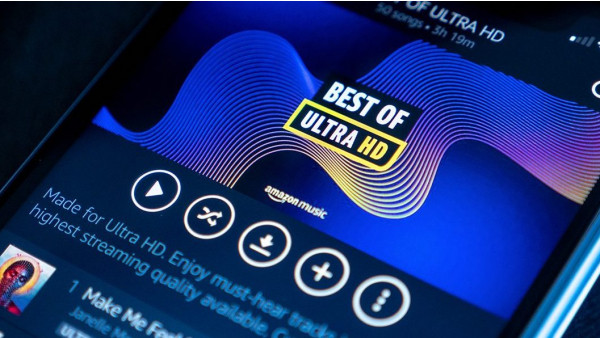 Amazon has revealed that there are now more than 55 million people using the Amazon Music streaming service.

To put that into some sort of perspective; Apple had around 60 million users at the last count - but that was in mid-2019 so is likely to be much higher now - and Spotify has well over 100 million paying subscribers and almost 250 million users overall, if you count free streamers.

Still, it's a big achievement for Amazon - and one it clearly wants to make a big deal out of.

"WeŌĆÖre proud to reach this incredible milestone and are overwhelmed by our customersŌĆÖ response to Amazon Music," said Steve Boom, VP of Amazon Music.

"Our strategy is unique and, like everything we do at Amazon, starts with our customers. We've always been focused on expanding the marketplace for music streaming by offering music listener's unparalleled choice because we know that different listeners have different needs. As we continue to lead in our investment in voice with Alexa, and in high-quality audio with Amazon Music HD, we're excited to bring our customers and the music industry even more innovation in 2020 and beyond."

Amazon Music HD, in case you weren't aware, launched last year. Providing competition to the likes of Tidal on lossless audio, Amazon states it's the highest-quality music streaming available on the market, with over 50 million songs in high definition alongside millions of others in ultra-high definition.

That crisp audio comes at a higher price, though - Amazon's charging $12.99 each month for Prime members and $14.99 for non-members, or an extra $5 monthly for existing Amazon Music subscribers.

It's the Unlimited plans where Amazon says it is seeing the most traction, growing by more than 50% last year.