Streaming on your Sky box just got a lot better 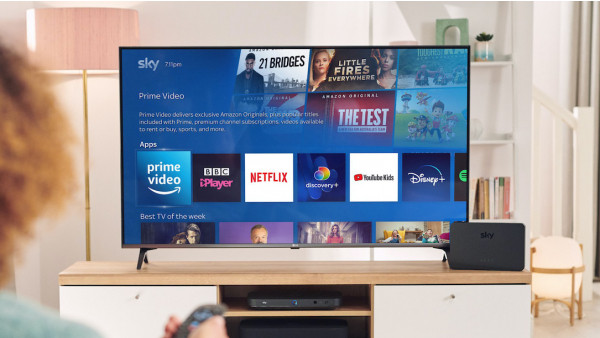 Joining the likes of Netflix and Disney+ on the DVR box, Prime Video on Sky Q not only offers movies and TV shows in 4K HDR, but also means that - if you have a Sky Sports and a BT Sports subscription - then you are covered from one box for the remainder of the Premier League season.

Sky hasn't announced combined plans as of yet - as it offers for Netflix - but there are 30 day free trials of Amazon Prime Video on offer for people not already signed up to the streaming service.

Prime Video will also arrive on Now TV streaming sticks and the Amazon / Sky partnership is a two-way one, with Sky's Now TV and Ticket apps landing on Fire TV devices, as well.

Guide: How to watch Netflix in 4K

Sky's really been stepping its game up as of late. This Amazon Prime addition comes on the heels of Disney+ landing earlier this year and the 'apps' menu of the Sky Q box is now very busy with the likes of Spotify, Netflix, YouTube, BBC iPlayer and FiiT all on offer.

In short, itŌĆÖs becoming an all-in-one entertainment powerhouse with the capability to start integrating with your smart home.