Get ready for that new dashboard smell 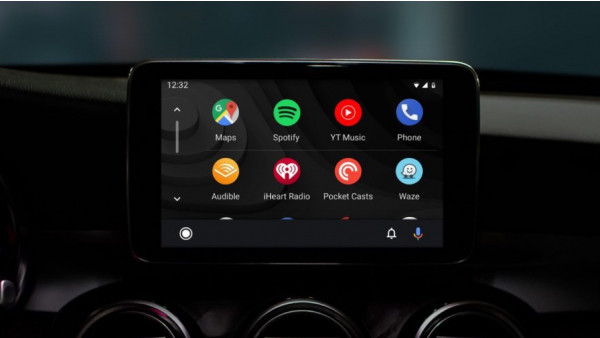 Google has announced a significant Android Auto revamp is going live, giving users access to dark mode and a raft of new features.

The update, which was teased prior to the company's I/O 2019 event back in May, initially saw an accidental roll out in June for some users. Now, though, it's official.

Drivers will be able to make use of the new app launcher, which should place commonly used apps more prominently in the dashboard, with Google indicating the new design will mean less taps to get to where you want. For example, you should now more easily be able to bring up a podcast, begin a playlist, begin a call or reply to a message.

More apps now feature the Google Assistant badge. By tapping the icon on the calendar, weather or news apps, this will prompt the voice assistant to read out quick updates.

Carrying on from where you left off has been simplified. Previously, this wasn't really available - or, at least, it wasn't consistent - but now auto-enabled media apps on Google Play will be able to tap into Auto's new powers and leave you in the right spot for your podcast or playlist.

Navigation is also improving, with a new bar sitting at the bottom of the display that lets you manage multiple apps at the same time. The nav screen will automatically load when you connect Auto, too, with drivers able to tap for a suggested location or use the Assistant to help. If you already have a route ready on your phone, the navigation app will automatically populate the directions and start providing instructions.

As we mentioned up top, this will all be fitted specifically to your car. On vehicles that support Auto, the platform - and its new dark mode, which should be easier on the eyes during night driving - will be able to fit to the display size.

However, something Google noted that users would have to wait for is a refreshed Android Auto phone app - with this set to be evolved "in the future", the company says.

The new update should be rolling out over the coming weeks, so we'd suggest just setting up camp in your car and waiting in there until it lands. Good luck.