You'll finally be able to view multiple apps on the dashboard 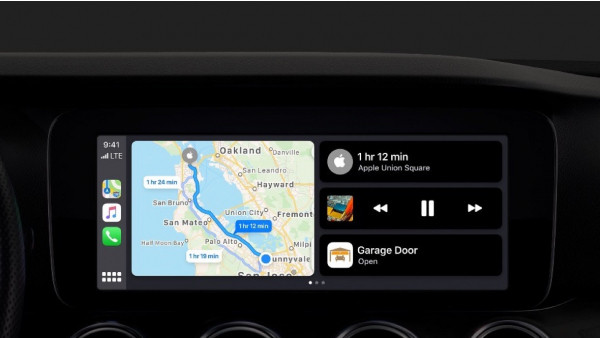 Apple CarPlay will be receiving a makeover through the iOS 13 later this year, with a focus on improved design and better integration with Siri.

The company announced at the changes as part of its wide-ranging announcements at its WWDC, describing it as the "biggest update ever" for the platform. And from what we saw in the keynote, the new look would appear to justify it; there'll be a new dashboard that shows off multiple apps at once (like Maps and Music), while the Calendar app will now provide more relevant information, Apple says.

Read this: Apple fought Google and Alexa on privacy at WWDC 2019

This is also joined by added Siri control, with the voice assistant now able to handle third-party music (like Pandora and Waze) and navigation apps, and, significantly, "Hey Siri" support will soon take advantage of a car's built-in microphone.

And, aside from that, there's general improvements to the usability, too. For instance, CarPlay after the update won't automatically open an app on the dashboard if you open it on the phone - so passengers can, say, pick a song from Music as the driver continues to look at Maps. A Do Not Disturb While Driving option will also stop notifications, CarPlay will be able to more easily adjust to different screen sizes and resolutions and Dark Mode will, well, you know.

It's a host of changes to Apple's car platform, and they mirror a lot of what we saw through Google's recent update to Android Auto. We'll be looking to test them out when they go live with iOS 13 this fall, but the early signs show a much-improved CarPlay.