Get ready for free iCloud storage for 10 days 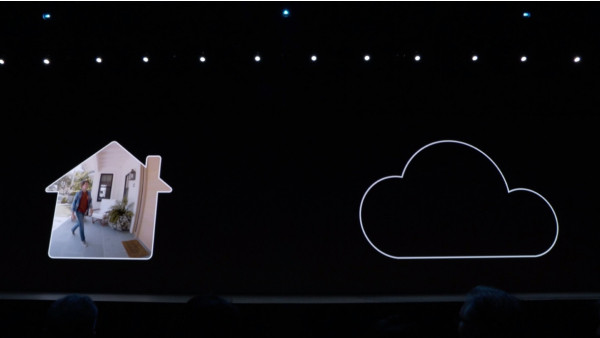 Things may have been quiet in the Apple HomeKit front at WWDC 2019, but the company did sneak in the fact that support will be landing for several new types of devices.

Before the end of the year, Apple indicated that smart security cameras and routers will finally be added to the smart home platform, which first launched way back in 2014.

Which third-party cameras, you ask? Well, it's not entirely clear the extent of the support, but we do know that security cameras from Logitech and Arlo will be available to connect in the HomeKit app when iOS 13 lands.

And it's all thanks to the app's new Secure Video API - something that lets the cameras send their recordings to Apple HomePod to locally analyze before pinging it to the cloud. By taking this step, it allows the video to be encrypted and stored in iCloud, from which you'll be able to store it for 10 days at no charge. Of course, in the growing world of subscription fees for camera storage, this is a big plus in Apple's favour.

As is the new router support, something that will automatically firewall off each of your connected smart home accessories in order to protect them if your network is compromised. Support will be available for Linksys, Spectrum and Eero routers, initially.

At face value, the long-awaited support for the cameras and routers is welcome news to HomeKit users, but an additional takeaway here is the privacy angle. It's likely that building in the right kind of support is the reason for the delay, and moves like this only add power to the narrative Apple is continuing to build - that it, rather than Google and Amazon, is the company that cares most about your data and privacy within the home.

Whether playing the long game on privacy proves to be successful remains to be seen, but it is encouraging that the world's biggest company is taking care in making your data and home a little more secure.