You can now stream Apple Music on your Amazon Fire TV 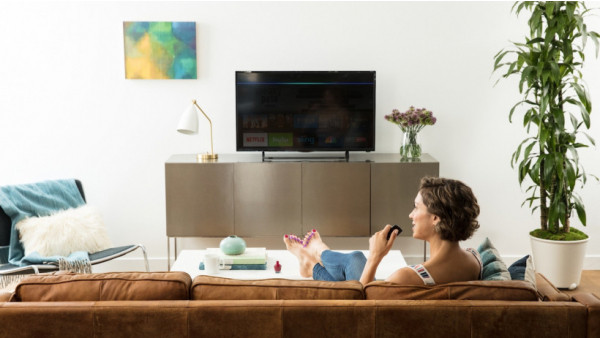 Apple Music was made available on Amazon's Echo speakers back in December via an Alexa skill. That skill now enables the service on Amazon's TV streaming platform as well. If you've already activated it in the Alexa app, you don't need to do anything. If you haven't, check out our guide on how to use Apple Music on your Amazon Echo.

Once it's activated, you'll be able to issue commands like ŌĆ£Alexa, play todayŌĆÖs hits on Apple MusicŌĆØ to your Fire TV. If you're using a Fire TV Cube, you can also use it as part of a multi-room music setup.

Read this: The best streaming services

Right now it's only Amazon Fire TV users in the US who can make use of Apple Music, but it will be rolling out to the UK in the "coming weeks", Amazon tells us.

We're expecting Apple Music to hit Google Home speakers too. The service popped up in the app just a few weeks ago, and while you couldn't actually activate it, it suggested that Google and Apple were doing some background testing.

Apple's on the offensive with services right now. Back at CES it announced that it was putting its iTunes video app on Samsung TVs and AirPlay 2 across a range of smart TVs.

Meanwhile the video streaming industry is bracing itself for Apple's new video service, which is expected to be revealed at an event later this month. Just this week Spotify announced its Premium subscribers will now get Hulu for free, a move likely meant to pre-empt Apple, which we expect will be bundled its new video streaming service (at least optionally) with Apple Music.