Apple pulling strings to ramp up voice and Home efforts 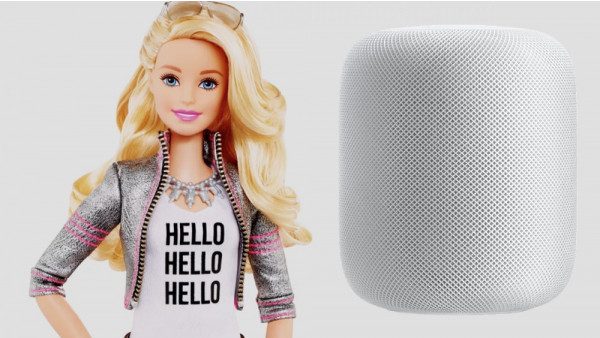 Things are looking busy over in Cupertino as Apple has reportedly agreed to buy PullString - a voice tech startup; and has also made a key hire on the Home front as well.

Starting with the PullString acquisition and the move could, according to Axios who broke the story, "help Siri better compete with Alexa".

That's a little broad but what we do know is, despite the awesome sound quality of Apple's HomePod, as the ever-expanding array of HomeKit compatible tech, Apple's voice assistant is very much still playing catch up with not only Alexa, but the Google Assistant as well.

PullString was founded back in 2011 by some ex-Pixar bods and creates voice experience design tools and artificial intelligence and makes popular toys such as the Talking Barbie. It has, in the last couple of years, positioned itself as a voice app specialist; on its website it offers consultancy to devs who want in on "best practice considerations for producing your first Alexa Skills on Amazon Alexa, Actions on Google Assistant, or IoT devices."

The move is said to be worth $30million, which no doubt just comes out of Tim's petty cash drawer.

In other Apple business news the company has made a key hire in Sam Jadallah - an ex-Microsoft exec who recently founded (and closed) smart lock company Otto. Jadallah's LinkedIn profile has him down as 'Working on Home at Apple'. Vague indeed but enough to get some industry buzz.

CNBC said, "Hiring Jadallah is the latest signal that Apple plans to get serious about its own efforts in the home." And who are we to argue with that eh?