Even Roku boxes are getting it 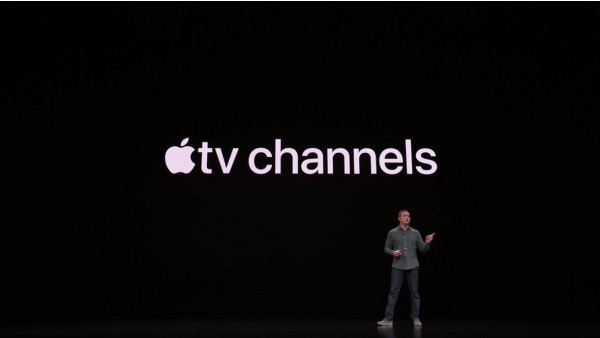 Apple has finally revealed its grand vision for the future of TV, and it starts with the new Apple TV app, which has been given an extensive overhaul and transformed into a portal to apps and services.

The new app will house Apple's new TV+ streaming service in addition to something called Apple TV Channels, an a la carte way to browse your favorite channels and services. It's similar to what Apple already does with its Prime Video service, which lets you add channels like Starz and Showtime on top of its base subscription.

Read this: The best streaming services and boxes

Where Apple is trying to find its edge is in convenience, putting everything in one place while making it easy to navigate it all. Apple boasts that the new TV app will do a great job of surfacing content, in part thanks to editors who will curate the store, similar to what Apple currently does with its Music service (and one of Music's greatest strengths, in our opinion).

Part of that convenience is also making Apple TV available in loads of places: Apple announced the new app will be coming to smart TVs from Samsung, LG, Sony and Vizio. It's also coming to Roku and Amazon Fire TV streaming devices, which is perhaps even more of a surprise.

Naturally, Apple TV will also be accessible on iPhones, iPads and, of course, the Apple TV box itself. But the company confirmed it's also coming to the Mac, which is a new one.

Apple TV+ will host original programming from Apple from filmmakers and actors like Steven Spielberg, JJ Abrams, Reese Witherspoon and more. However, it's not clear how much the service will cost.

The new Apple TV app will begin rolling out in May, but won't hit the Mac until the fall. Apple TV+ will arrive in the fall.

The new app is rolling out in May, but won't hit the Mac until the fall.