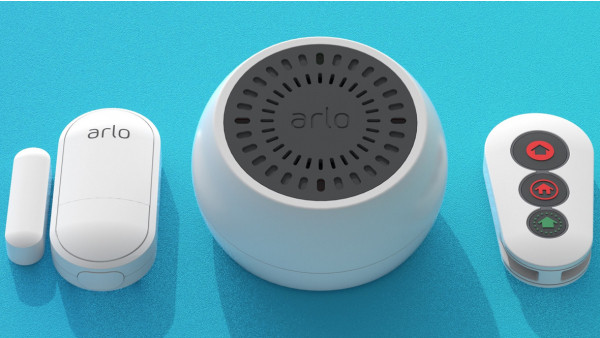 Arlo, the company best known for its smart security cameras, is having a mammoth CES 2019 with the launch of a complete home security system.

Within this new system is a multi-purpose sensor that can detect motion, windows/doors opening, carbon monoxide, smoke, temperature changes and leaks. It's all rolled into a single sensor.

That sensor won't just send alerts to your phone - it can also work with other Arlo products. So if it detects someone opening a window, it can send an alert to a nearby Arlo camera to start recording.

As well as the multi-purpose sensor, Arlo is launching a siren that can scare off chancing intruders with noise and strobe lights. It can even emit dog barks or imitate the sound of a TV blaring to fool burglars into thinking you're home.

Everything revolves around Arlo's new SmartHub, which talks to all of Arlo's kit as well as third-party Zigbee and Z-wave devices. And while all of these integrations can be set up to work automatically, Arlo is also launching a remote control that has manual arming-disarming buttons for the security system, alongside a couple of buttons that can be set up to perform custom activations.

Alongside the new devices, Arlo is rolling out a new "Works with Arlo" program to get other smart home names playing nicely with its products. In a briefing at CES it told us Sonos, Philips Hue, Yale, Lifx, Jasco, Leviton, Schlage, Banalock and Bose are already signed up.

And finally, it's also confirmed that its latest cameras, the incoming Arlo Ultra and last year's Arlo Pro 2, will get HomeKit support in Q1 of this year. It also told us that the Ultra will launch later this month for $399.

As for the new security system, expect that to roll out in the second half of this year, with a price still to be confirmed.