Arlo Touchless Video Doorbell is built for the COVID-era 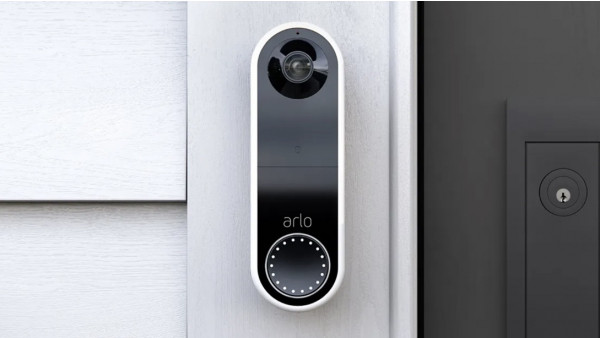 Arlo has used CES 2021 to add a couple of new smart security devices to its ever-expanding arsenal.

The Arlo Touchless Video Doorbell, a smart video doorbell built with COVID in mind, was announced at the virtual Vegas expo, alongside the new Arlo Essential Indoor Camera.

Starting with the new Video Doorbell (which we've not actually seen a picture of yet) and, like the Alarm.com touchless doorbell that was also launched at CES, it activates a notification when a visitor stands in front of it, so they can have a completely touch-free interaction.

Arlo states that it uses a a "precise Proximity Sensing Technology" in order to determine how close a potential knocker is to your door.

Once it's sure that person is coming to call, rather than just walking past, they will hear an audible chime and see a visible light, telling them that the doorbell has been ŌĆ£pressedŌĆØ.

It's a great idea but it does beg the question, given Arlo's current smart doorbell range is already packed with sensors, why it needs to be a new device. Surely a software update to the existing models could make it capable of a touchless system?

Alongside the new doorbell, Arlo also took the covers off of its Essential Indoor Camera, a home security cam, which features a privacy shield to give people assurance they aren't being recorded all of the time.

Looking a lot like the existing Arlo Essential camera, it features an automated privacy shield that, when in disarm mode, literally covers the lens, meaning recording, motion and audio detection is disabled and wonŌĆÖt begin until the shield is opened by the user in the Arlo app.

There's no word on pricing or launch dates for either of the new Arlo devices as of yet.

It's been a crazy few months from the security specialist - a brand that was previously a division of of Netgear before it went its own way in 2018.

The Arlo Essential Wire-Free Video Doorbell was revealed in September - looking exactly the same, and featuring the same feature set, as the wired Arlo Video Doorbell.

That was followed by the launch of the Arlo Essential XL Spotlight Camera, which boosts battery life to a full year.