AirPlay and Google Chromecast on board this streaming speaker 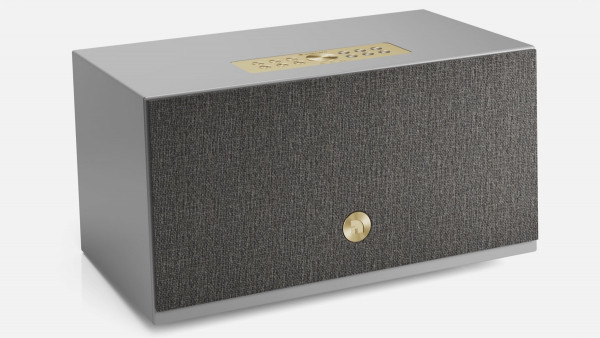 Stylish Swedish brand Audio Pro has unveiled the successor to its popular multiroom speaker, the C10. The C10 MkII builds on the success of its older sibling by introducing three types of multiroom streaming capabilities, in a single speaker.

It enables you to create a multi-room streaming system by connecting Apple AirPlay 2 and Google Cast-supported smart speakers, although you can also control and configure the C10 MkII within a native-setup, using the Audio Pro mobile app.

Aside from Audio ProŌĆÖs own multi-room offering then, you get to choose whether you want to use an AirPlay multiroom system - pairing the speaker with the likes of the HomePod or HomePod Mini (not to mention a multitude of other AirPlay enabled speakers) - or a Google Home multi-room setup alongside the likes of the Nest Audio or Nest Mini.

Thanks to AirPlay 2 and Google Cast support, the C10 MkII offers voice commands using virtual assistants such as Apple Siri and Google Assistant. So, whether you want to play a specific song or turn up the volume, you wonŌĆÖt need to lift a single finger to control the C10 MkII.

While offering a range of modern streaming capabilities, the C10 MkII will also allow you to connect it to vinyl record players thanks to its RCA input. ThatŌĆÖs great news if youŌĆÖre a fan of vintage audio.

In terms of design, the C10 MkII offers a sleek and modern look thatŌĆÖll fit easily into any home or office. WhatŌĆÖs more, you can remove the mesh fabric cover on the front of the speaker to show off the Audio ProŌĆÖs classic aesthetic. The mesh fabric front cover is attached to the speaker via hidden magnets.

When compared to the original C10, one of the biggest differences on the MkII is that it now offers six preset buttons. With these, you can save and access your favorite music playlists and radio stations without using the Audio Pro app on your mobile device.

The C10 MkII not only sports a refreshed design and new audio capabilities, but its internals have also been revamped. These include a Digital class D (2 x 20W + 40W) amp, a pair of 3/4 -inch tweeters and a 5.25-inch long throw woofer.

Internet connectivity is via Ethernet or dual-band Wi-Fi, and thereŌĆÖs Bluetooth 4.2 on board, as well.

If you like the look of the Audio Pro C10 MkII, you can purchase it for ┬Ż360 on Richer Sounds. ItŌĆÖs available in three colors: Arctic White, Storm Grey, and Coal Black.