August Home has its own in-home delivery service now too

CES 2018: The tech world's new hang out spot? Just inside your front door 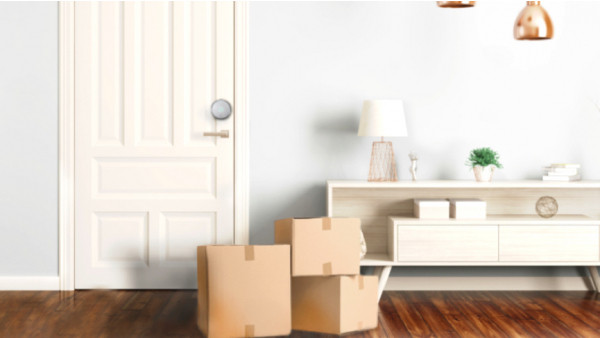 August Access is the in-home delivery service that uses August's smart lock (and connected Yale and Emtec locks) to let retailers bop inside your home, or garage, with your packages and groceries. And at CES August Home announced that's it's expanding the initial trial run of August Access with Walmart via a partnership with Deliv, a same-day delivery companies that's in 1,400 cities in the US.

This is much the same idea - and just as controversial - as Amazon Key, Amazon's own in-home delivery service which relies on the connected Amazon Cam to record the delivery.

Once the customer selects in-home delivery at the checkout, the idea is that August Access generates a one-time passcode which the Deliv employee can enter into the smart lock if they find that no-one is home.

A notification is also sent to the customer's smartphone so they know the delivery is happening. August says you can watch the delivery in real-time or view a recording via the August app - we assume this is via the August smart Doorbell Camera or a smart security camera.

There's no names yet as to which big stores will sign up to the scheme but Deliv already works with 4,000 US retailers including names like Best Buy, Macy's and Bloomingdale's.

When we spoke to Ring CEO Jamie Siminoff recently, he was not convinced that this approach is best for deliveries. Talking about Amazon Key, he said: "ŌĆ£I donŌĆÖt believe the seal around the home should ever be breached by a third-party company. No matter how many cameras you have and how much control you have over it, I just donŌĆÖt think itŌĆÖs a good idea."

What do you think? Would you like the convenience of never missing a delivery? Or is it just too much to let strangers inside your home?