Samsung is opening up Bixby in a bid to catch Alexa 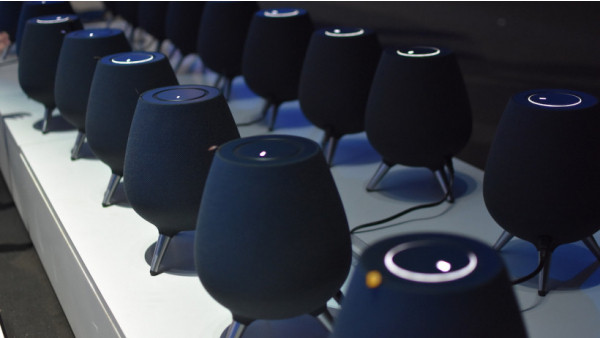 Samsung's Bixby hasn't had the fanfare of Alexa, Google Assistant or Siri, but the Korean giant has been plugging away at the assistant for a couple of years, giving it more abilities and improving its accuracy. There's also the Galaxy Home, its own smart speaker.

Now it's taking the next step. Samsung announced at its developer conference that it's opening Bixby up to developers. Bixby is getting its own version of Alexa Skills. They're called Capsules, and they will be available in a new storefront called Bixby Marketplace.

Read this: Everything you need to know about Bixby

Capsules sound a little more open than skills and actions, with Samsung saying that developers will have access to the exact same tools it uses to create Bixby features. The company played up that developers will be able to do "whatever they want" with Bixby, and that there were few restrictions - developers should have a lot of freedom building here.

Samsung showed off a teaser video with a bunch of people saying, "Hi, I'm Bixby", so it's likely this means developers can choose what Bixby sounds like. Samsung is also opening Bixby up to work on third-party devices, and it's pushing to put Bixby on as many devices as possible. For its part, it still has the goal of having Bixby on all Samsung devices and appliances by the mid 2020s.

Bixby Capsules will be able to scale from Bixby on smartphones to TVs to other Bixby-enabled devices. It'll also work with Samsung SmartThings and everything else in Samsung's wide ecosystem of devices, from refrigerators to cars.

So if you're using Bixby on a device with a display, like a Samsung TV or Galaxy phone, you'll also get a visual Bixby representation that'll let you respond with touch if you don't want to speak. Bixby Capsules can be created in the new Bixby Developer Studio, which is available for developers now. It's unclear when the Capsules will go live for users.