A versatile little smart cam for indoor and outdoor use 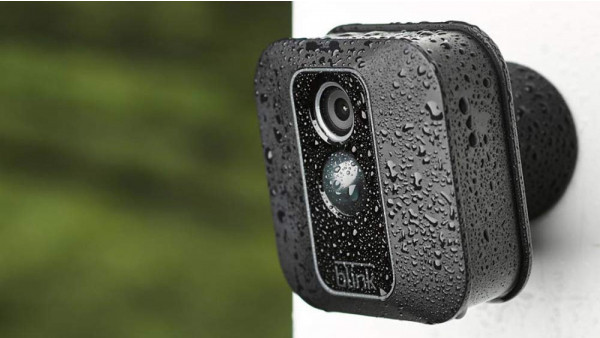 Amazon bought smart camera maker Blink in 2017, but it's all been rather quiet since. Now the companies are breaking that silence, announcing the XT2, Blink's second-gen, wire-free cam.

Looking a lot like the original XT, the new camera's biggest improvement is battery life. Amazon says this cam can last for two years when using the motion-activated mode, running on a couple of lithium AA batteries.

That motion detection is improved too, letting you set more precise "micro-activity zones", says Amazon, which should reduce false alerts. The camera also offers two-way talk, for scaring off the bad guys, and it works with Alexa (natch), letting you view the camera feed on screen devices like the Echo Show.

The XT2 can be used indoor and out, but the IP65 weatherproof design makes it a particularly good pick for sticking outside, especially given it's wireless. It's a pretty versatile camera.

Footage is captured at 1080p, and Amazon's throwing in free cloud storage - so no subscription required, which is a bonus over many other smart cameras. The only "catch" really is that while the individual cameras cost $90, you'll need the Blink Sync Module to use it. Amazon's offering the XT2 with the module for an additional $10, which will be useful to anyone not already using Blink's cameras.

The new camera can be pre-ordered on Amazon now, with shipping currently scheduled for 22 May. Nothing on a UK release yet, but as the first camera is available there, we suspect it's on its way.