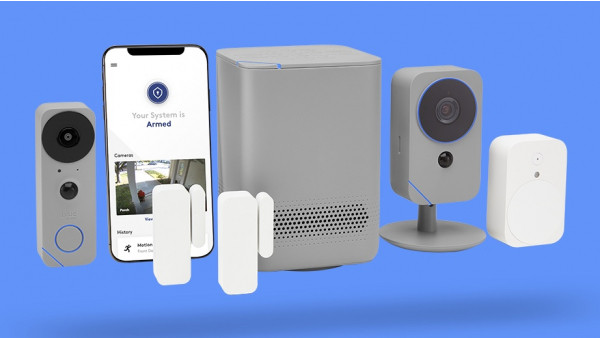 First announced back in January at CES, ADT's Blue security system is now available to buy.

This fully customizable DIY smart home security setup from one of the most well known security brands out there is made up of the usual array of devices you'd get with more contemporary rivals such as Abode, Simplisafe, Nest Secure and Vivint.

The $219 Blue by ADT Starter System comprises of the smart home hub with integrated keypad, and a pair of door/window sensors.

A much better value prospect is the $299 Starter Plus kit, which doubles up on the door/window sensors and throws in a pair of motion sensors as well.

That smart home hub is a Z-Wave device (no Zigbee, boo) and you can control and interact with other Z-Wave smart home gadgets within the new Blue by ADT app.

The Blue range actually went live earlier this year courtesy of a couple of smart security cameras and a video doorbell, and you can add these in with custom packages. You can also choose to add devices from a range of Blue-branded smart sensors.

When we got hands-on with the ADT smart security system back in January, we lamented that the components looked a bit bulky and inelegant, and the pearl gray color, while a change from entirely white and black options elsewhere, just doesn't look pretty.

A graphite grey option has also been added to the mix too now though.

The system can be self-monitored or you can choose to pay for ADTŌĆÖs professional monitoring for $19.99 a month, with no contract.

It's all on sale now, over at bluebyadt.com.