And Apple AirPlay 2 gets a look-in too 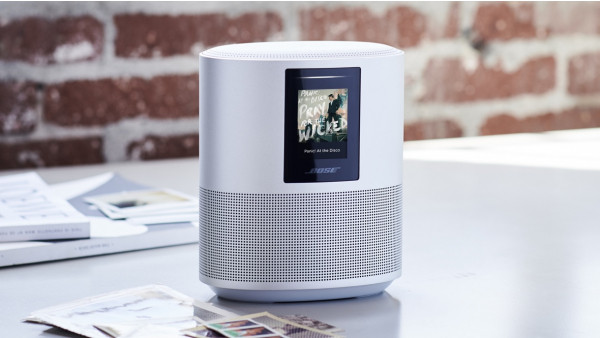 Bose is building on its Soundtouch Control Alexa skill with a smart speaker and two smart soundbars with Alexa built in, AirPlay 2 support and "more assistants to follow."

Let's start with the Bose Home Speaker 500. It's a $400 smart speaker, so we're talking premium, with Wi-Fi, Bluetooth, Alexa voice controls built in and Apple AirPlay 2 support coming in early 2019. It works with Spotify, TuneIn, Amazon Prime Music and Deezer. There's six physical buttons on top and eight far-field microphones for picking up your voice commands.

Read this: The best smart speakers to buy now

Bose says that the Home Speaker 500 has the "widest soundstage of any smart speaker available today" - we haven't listened to it in person yet. It does stereo sound via two custom drivers pointing in opposite directions and can be used as part of a multi-room system. The Home Speaker is made from anodised aluminium and it has a pretty retro design with what seems to have a small display showing what's currently playing with artwork.

Over to connected soundbars. The Soundbar 700 and Soundbar 500 match the Home Speaker with built-in Alexa, Wi-Fi and Bluetooth with AirPlay 2 and other voice assistants coming. Both feature Bose's proprietary ADAPTiQ tech which automatically adjust to the room with Bose, again, talking up the soundbar sound quality.

The Soundbar 700 looks pretty - it has a tempered glass top and wraparound metal grille and the Soundbar 500 meanwhile has a matte finish. Both work with a universal remote. The flagship Soundbar 700 is $800 and the Soundbar 500 is $550. They join the Sonos Beam soundbar which has Alexa built in, with Google Assistant coming, and the Polk Command Bar (also Alexa) as soundbars get connected.

The Bose Home Speaker 500 and Soundbars 500 and 700 are available on 20 September from Bose stores and dealers.