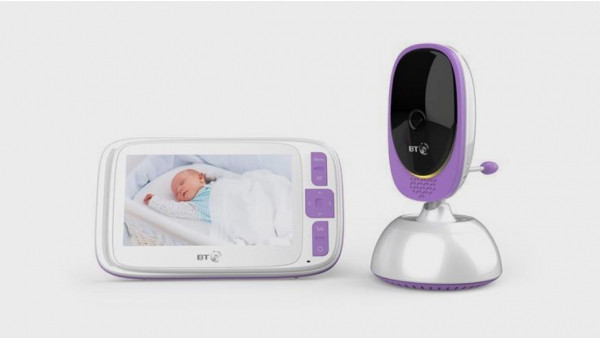 Parents of the UK, hold onto your nappies - BT has announced that both Amazon Alexa and Google Assistant will be compatible with its new smart baby monitor duo.

The not-so-creatively named BT Smart Baby Monitor forms part of a new range of smart home gadgets from the telecom giant, and builds on the dumb line of monitors already available, coming in both a 2.8-inch and 5-inch color screen.

The integration with Alexa and Assistant means that users will be able to use the monitor to play their child a lullaby, report back on the temperature of a room or turn motion detection off with the power of their voice.

Naturally, live HD streaming off the footage is also available for parents to view from their smartphone, as well as photos and video capturing. The two-way microphone also means that interaction is on board even when away from the house (or when you simply can't get out of bed for the 14th time in the night), and night vision, digital zoom and remote-controlled motorised panning mean that a child's cot can be viewed at any time of the day or night.

And for those worried about the potential privacy dangers of streaming video through the baby monitor, BT indicates that footage is encrypted and protected with the Advanced Encryption Standard.

How much, you ask, for these smart monitoring delights? Well, the company has the 2.8-inch monitor for ┬Ż129.99 and the bigger, 5-inch device for ┬Ż149.98, with the launch of both 'due soon', according to BT's website.