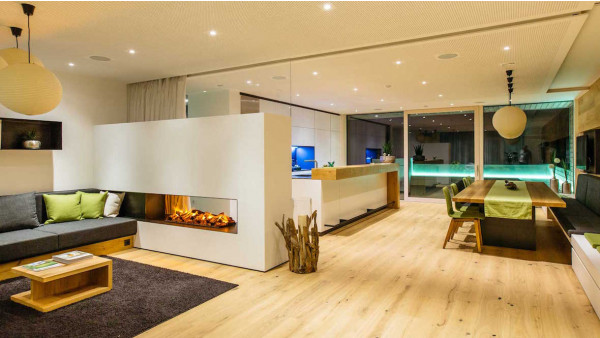 The point of the smart home is that it can make your life easier, and one of the most useful ways it can do that is with routines that automate a number of functions like turning on lights or switching off heaters.

The problem is that in some cases setting up all those routines can be a hefty chore in itself. Bubble is a new company looking to upend that problem with machine learning and AI. "We believe that people who live in their homes with technology shouldn't need to think like an engineer to get a result or make it as comfortable as possible," CEO Dirk Stoop tells The Ambient.

Read this: The best and most useful IFTTT Applets

Bubble is using technology to understand how people live in a home, and the relationships between different people under the same roof. It then uses that knowledge and pairs it with sensor data from the home to automate common sense situations that would otherwise need routines or schedules to be set up by a person.

For instance, it can use motion data to help determine how the lights should act at night. If it knows someone is sleeping and they woke up in the middle of the night to go get water from the kitchen, it would automatically only turn on the hallway lights. If you just came home, it would turn on all the lights. If you came home late and your spouse is sleeping, it'd turn on all the lights except those in the bedroom. You're getting the idea.

Stoop says setting up the home would likely require specialised knowledge, as the company is not only looking to create smart lights but also switches and motion sensors. Certified installers would do the hardware install, and then the system would automatically be ready for you. Stoop also says the company is considering whether it should go deeper, and work with construction companies and architects to build its system into homes from the jump.

When you do have Bubble's system ready, you wouldn't need to put in any information. It uses Bubble's pre-existing knowledge base of how to run a smart home, and then uses machine learning to learn your own preferences and adjust the system to fit your needs. So if it started out turning on the lights during sunset, but you liked turning on the lights before sunset, it would change to match you. The best part? You wouldn't have to name every piece of hardware or every room in your smart home. Bubble would just know.

Stoop makes sure to note that the company is only building hardware for devices that third parties haven't made to its specifications. The ultimate goal for Bubble is to act as a controlling system with a hub that pulls everything together, though Stoop also acknowledges that this is an uphill battle, as every company in smart home tech is building out their own proprietary systems and standards.

Stoop says he's surprised other companies haven't gone out and tried to do what Bubble is trying to do, but he's also sure that other companies in the smart home space are working toward a truly ambient smart home ŌĆō one that simply adjusts to how you use it with little to no setup.

Bubble is still in the early stages, putting the finishing touches on prototypes before outfitting 10 beta testers with fully equipped Bubble smart homes. Once it does that, and finds its first series of funding to start putting everything together, it'll aim toward consumers.