CES 2018: Cameras are getting cheaper but subs may still bite 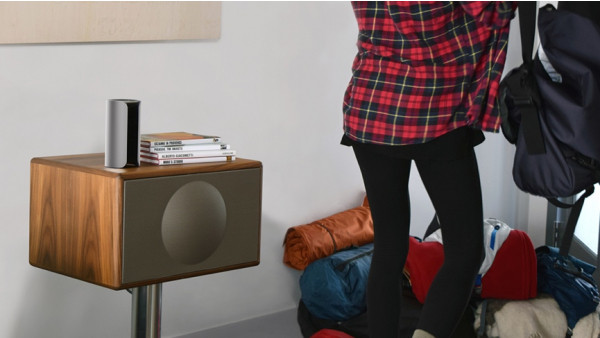 Canary is lowering the cost of a decent indoor security camera with its new $99 Canary View, available to buy online today and in stores later this month. Announced at CES, the View records Full HD 1080p footage with a wide-angle 147 degree lens, motion detection and night vision.

Most connected security cameras - from Nest, Netatmo, Somfy et al - are 1.5, 2 or even 3x that price so it's a smart move from Canary to keep its core functionality and get that price down to make it the cheapest option that does everything most people need.

Read this: Ring Stick Up Cam duo can be used inside and out

The View sits below the $169 Canary All-In-One which also rocks a 90 decibel siren and an indoor climate monitor, probably features you can do without. One new addition, which is coming to the whole range in early 2018, is person detection. The View, and Canary's other cameras, will filter out any activity which isn't a person breaking into your house - animals etc. Canary says this will blend into your home but compared to the stylish Hive View it's not exactly a looker.

Extras include two-way talk between a smartphone and the camera, which has a built-in mic and speaker, but this is one of the features that you can only get if you fork out for the subscription - you can get one year for $99 when you buy the device.

Now, this is something Dan Sung has spoken about at length in our best smart security camera buying guide - camera manufacturers want to get more of their users onto the paid plans. Then again if this reduces the price of the camera, that's good news if you don't need unlimited downloads and the like.

Canary also used CES to announced official Amazon Alexa integration, specifically that Canary users with an Amazon Echo Show, Echo Spot or Fire TV can stream video footage from their security cameras. A nice link-up and one that could add to the list of reasons you might go for a smart speaker hub with a screen.