It uses light to match your circadian rhythm 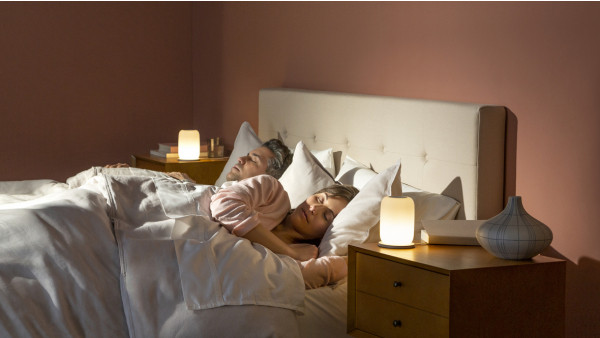 Casper, the startup best known for making mattresses cool again, is venturing beyond the bed with a new smart light designed to help you sleep better.

The Glow is a portable smart lamp that adjusts its brightness in sync with your internal rhythm. At night it will emit a warmer, dimmer light; in the morning it will slowly grow brighter to ease you out of your slumber.

Read this: I slept in a smart bed for three months - here's what happened

The lamp works on a schedule that you can set up in the app, but it also has gesture controls to keep you away from your smartphone screen. Flipping the lamp over will turn it on, while twisting it will adjust the brightness - and wiggling it will put it in a gentle light. There's also a button on either side that you can hold down to turn off the Glow completely.

As it's portable, you can pick it up and have it guide you during those middle-of-the-night stumbles to the bathroom. Casper says the lamp should run for a few days of waking and sleeping before you'll need to sit it back on its charging dock, but if you keep it continuously lit the battery will run for seven hours.

The lamp stands at just 5 inches tall and looks like a slightly leaner HomePod, while inside is a 2,700K high-efficiency LED. We like that Casper isn't trying to make this an all-connected gadget; there's no Alexa, Google Assistant or anything like that. The Glow is about cutting a lot of this tech out at night and just winding down - something we're very on board with.

The Glow costs $89 for one and $169 for a pair, and it's available now. We've got a pair on the way, so check back soon to see if Glow actually helps us get a better night's rest.