China overtakes US in smart speaker sales, as HomePod continues to struggle

Amazon and Google lead the pack in latest estimates 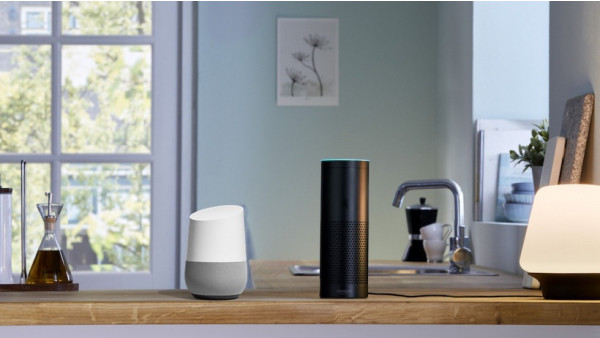 Another financial quarter is in the books, and it's managed to turn up some interesting revelations within the smart speaker space - if you believe new data from Canalys, anyway.

The analytics firm suggests that China overtook the US in smart speaker sales, growing nearly 500% year-on-year in Q1 2019 - the fiscal quarter running from the start of January to the end of March. Canalys cites festive promotions as a key driver behind a performance that saw 10.6 million units shipped in the country - representing over double the 5 million delivered in the States.

In good news for Amazon, it continues to lead the market, taking home a 22.1% share - attributed by Canalys to the low-cost Echo Dot. It also grew 84.7% year-on-year, shipping a total of 4.6 million units during Q1. Google also grew, though only by 7%, taking its 2019 shipment figures to 3.5 million.

The estimates make sorry reading for Cupertino, though, with Apple finding itself outside the top five vendors and into the "Other" category - one that features a group responsible for just 2.9 million units in total.

Instead, Baidu, Alibaba and Xiaomi round out the top performers, with Baidu, in particular, finding success.

"Baidu topped the market for the first time [in China]... building up from Q4 last year, and the amount of marketing promotion around its smart speakers was unprecedented. The company struck an exclusive sponsorship deal with CCTV, the national TV channel, on its New YearŌĆÖs Gala on Chinese New YearŌĆÖs Eve, which is the biggest entertainment show in terms of viewer numbers in China," said Nicole Peng, VP of Mobility at Canalys.

We've grown accustomed to the performance of Amazon, Google and Apple in the space, though the emergence of companies like Baidu is an interesting trend that's been slowly bubbling over the past year.

And though Q1 in China is always likely to buck the trend of western countries, thanks to New Year celebrations (similarly to Q4 for Christmas and New Year build-up in the US and Europe), the country's year-on-year growth suggests there's been a real uptake in the technology at the start of 2019.

Whether shipments can continue to outlast the US in Q2 and Q3 will be the real test, but the early signs suggest they will.